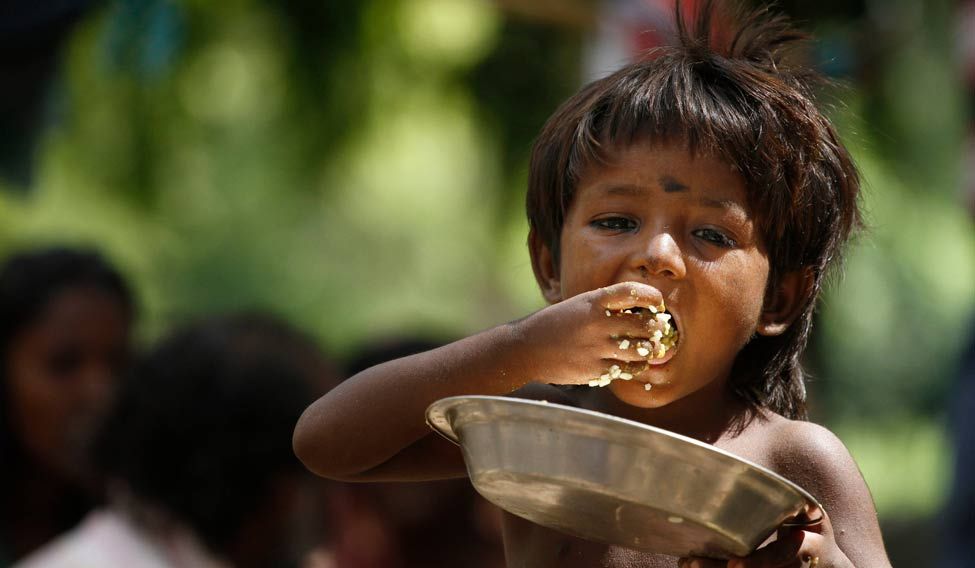 India has been ranked at the 103rd position among 119 countries on the Global Hunger Index, says a report.

According to the report, prepared by Welthungerhilfe and Concern Worldwide, India is among the 45 countries that have "serious levels of hunger".

In 2017, India was ranked at the 100th position but ranking for this year is not comparable, it said.

Child wasting refers to share of children under the age of five who have low weight for their height, reflecting acute undernutrition.

While noting that hunger varies enormously by region, the report said this year's GHI scores for South Asia and Africa south of the Sahara reflect serious levels of hunger.

Zero is the best score and a reading above 100 is the worst. The latter signifies that a country's undernourishment, child wasting, child stunting, and child mortality levels are at the highest level, it noted.

Further, the report, released last week, said that the world has made gradual, long-term progress in reducing overall hunger, but this progress has been "uneven".

Since the number of forcibly displaced people is on the rise, and hunger is often both a cause and a consequence of displacement, the report said that actions need to taken by international community, national governments, and civil society, among others.

As per the report, around 124 million people suffer acute hunger in the world, a striking increase from 80 million two years ago while the reality of hunger and undernutrition continues to have a massive impact on the next generation.

Welthungerhilfe is a not-for-profit group and Concern Worldwide works towards improving lives of poor people.