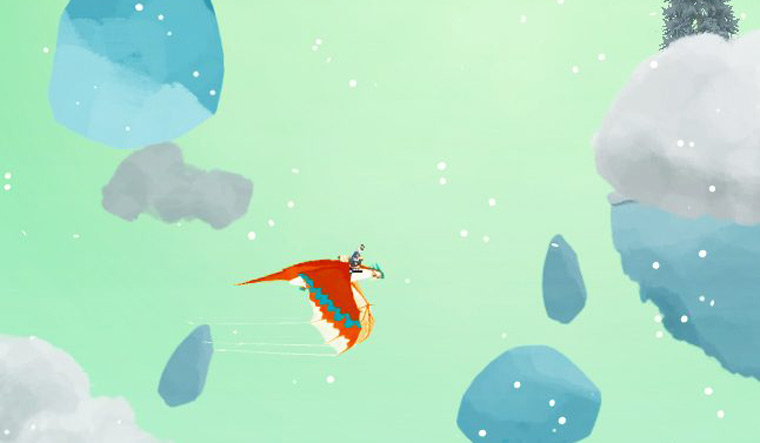 A screenshot from Skies of Manawak, one of the videogames used in the study | Studio Bliquo

Child-friendly action games may improve the reading skills among children, a recent study by researchers in Switzerland has found.

Reading has many complexities, like attention control, that are often neglected. The research found that videogame activities like skiing in a fantasy world or guiding birds over the mountains can improve children's reading abilities.

Daphne Bavelier, professor in the Psychology Section of the Faculty of Psychology and Educational Sciences (FPSE) at the UNIGE, explains that “Reading calls upon several other essential mechanisms that we don’t necessarily think about, such as knowing how to move our eyes on the page or how to use our working memory to link words together in a coherent sentence.”

Angela Pasqualotto, the first author of the study, said action video games can improve skills like vision, the deployment of attention, working memory, and cognitive flexibility.

What is the game?

The team designed a child-friendly action video game that helps the children to develop several executive functions essential while reading. Named Skies of Manawak, the game is an alternative world where the child is accompanied by Raku, a flying creature. The player has to carry out different missions to save the planets and progress the game.

The game does not include violence and is suitable for young children.

The study involved the participation of 150 Italian students, aged 8-12, who are typically readers. They were divided into two groups: The first played the game the researchers developed, while the second team played Scratch, a coding game.

Both games demand players' attention, but in different ways. In the action game, the children have to overcome challenges within a time limit, like remembering a sequence of symbols. On the other hand, Scratch requires reasoning for solving the coding tasks.

The children took several tests afterwards to examine their ability to read words, non-words and paragraphs, in addition to a test to measure their attention control.

Relevance of the study

The children were observed for two hours a week over six weeks as they continued their specific training under the guidance of the school. They were tested at the school by clinicians from the Laboratory of Observation Diagnosis and Education (UNITN).

“We found a 7-fold improvement in attentional control in the children who played the action video game compared to the control group,” says Angela Pasqualotto.

The action game players were also seen to have improved reading speed and accuracy, while Scratch players were found to have no improvements.

The study was continued in three sets, at six months, twelve months and 18 months after training. On every examination, the action game students performed far better than their counterparts, proving the results can be maintained over time. Moreover, the grades of the trained children increased.

The game will be launched in several languages, including English, German, and French, through the collaboration of NCCR Evolving Language and the University of Paris LaPsyDé. The video game, along with the reading and attention tests, will be available remotely at home.