OPINION: Is India ready for twin challenges of global warming and antimicrobial resistance? 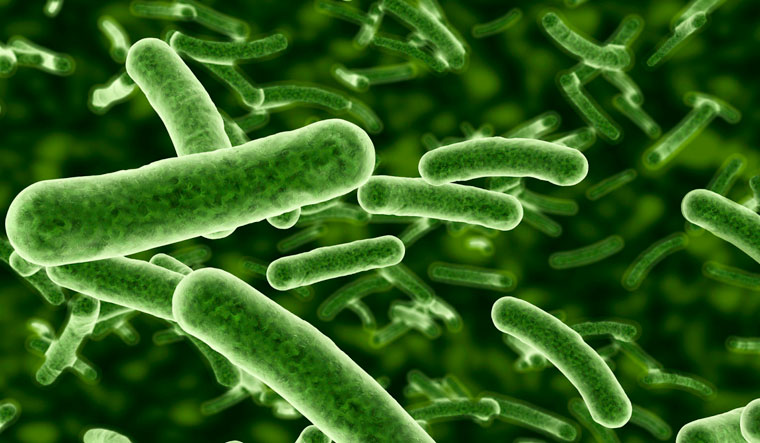 2020 marked a dramatic life-altering pause in the history of humanity. A novel virus spread worldwide after originating in a small corner of a single country, leading to the biggest public health emergency in over a century.

It was also a year that reinforced the gravity of the climate crisis that is upon us. With wildfires, hurricanes, devastating floods, and extreme heat in several parts of the globe, the consequences of climate change on our environment and health became all too real. As the world continues to grapple with a growing climate crisis, in addition to a protracted pandemic, we must recognize the health impacts of increasing temperatures.

The recently concluded 2021 United Nations Climate Change Conference (COP26) brought world leaders together to deliberate and discuss matters related to international climate action. The Intergovernmental Panel on Climate Change (IPCC) highlighted the importance of limiting global temperature rise as even an additional tenth of a degree of warming could have a serious toll on people's lives and health.

While this temperature rise would affect several aspects of our health, a relatively understated link is between climate change and antimicrobial resistance (AMR).

ALSO READ: Injudicious use of antibiotics could soon become the biggest cause of deaths

AMR results when bacteria, viruses, fungi, and parasites change over time and no longer respond to medicines making infections harder to treat and increasing the risk of disease spread, severe illness, and death. While there are many determinants of AMR, irrational antibiotic use, due to poor prescription practices and self-medication, unnecessary use in agriculture and animal farms (poultry, cattle, fish farms) as shortcuts to enhance productivity without improving farm conditions are key causes. Moreover, antibiotics containing effluent discharge from pharmaceutical manufacturing plants and hospitals that have inadequate wastewater treatment mechanisms, increase their concentration in surrounding water bodies and the overall living environment.

According to the World Bank, 10 million people (almost 27,000 per day) will die due to AMR by 2050—many more than the lives already lost to COVID-19. The World Health Organization has already declared AMR to be one of the top 10 global public health threats and has called for multisectoral action on priority to address AMR concerns and work towards achieving the Sustainable Development Goals.

Temperature plays an important role as it impacts the survival of bacteria in antibiotics and is also an "environmental trait" that is increasing because of climate change. Temperature changes alter the cellular and genetic activity of bacteria, but studies indicate the wider impact of temperature change on spreading AMR globally. For every 10°C increase in temperature, there has been seen to be a substantial increase in resistance among three common hospital pathogens: Gram-negative E. coli and K. pneumoniae and gram-positive S. aureus.

Researchers have now shown that warmer temperatures witnessed across European cities resulted in an increased percentage of antibiotic-resistant bacteria. To examine the reasons for this phenomenon, researchers examined influent and effluent in wastewater treatment plants for antibiotic-resistant bacteria and genes, given that sewage systems aid the transfer of human bacteria to the environment. Their findings further reinforced that there is not one but rather multiple ways in which warmer temperatures drive antibiotic resistance.

Unfortunately, the climate crisis disproportionately impacts developing countries, widening the inequities in healthcare. Similarly, more than 90 per cent of the burden of AMR related deaths is expected to fall on countries in Asia and Africa, worsening the gains made in infant and maternal mortality.

For India, which has one of the highest burdens of bacterial infections, the consequences of AMR are going to push back the gains in public health further. Here, more than 58,000 newborns succumb to neonatal sepsis and die each year due to antibiotic resistance. As a pharmacy for the world with extensive antibiotic production plants, the impact of untreated pharmaceutical effluents discharged into water bodies and groundwater adversely impacts our living environment. Instances of polluted water bodies and high concentrations of pharmaceutically active compounds have already been reported from several states in India, highlighting the growing concern of the development and transmission of AMR in the environment. Urgent action is needed to address AMR and climate change by all stakeholders including countries, multi-national companies and individuals across the globe.

India's National Action Plan (2017-2022) succinctly highlighted the challenges and potential actions required to address AMR. However, only a few states like Kerala, Madhya Pradesh and Delhi have come up with individual State Action Plans (SAPs) for addressing AMR. However, while threats of both climate change and AMR are ubiquitous around the globe and in India, the scale and extent of the impact of climate change on AMR are largely unexplored. There is scant research on the effects of temperature change on antibiotic resistance in the country. Similarly, while there is widespread recognition that AMR is a complex threat at the confluence of health, environment, food security, and economics, health policies largely leave out the imminent danger of climate change compounding AMR's spread.

For a comprehensive, scientific, and, more importantly, timely response to these twin problems, better evidence on the linkages between climate change and AMR is needed, especially within the Indian context. A comprehensive multisectoral and inter-disciplinary response that converges actions on “One Health” including regulations and policies among different ministries, departments and state-centre level is essential.

The twin burden of AMR and climate change demand an unprecedented and urgent response. Greater awareness, dedicated budgets, the convergence of surveillance, better data to inform and monitor interventions are needed to stop the development and transmission of antibiotic resistance and move towards sustainable development. This requires strong leadership to guide multisectoral collaboration between stakeholders across health, environmental, animal and food sectors, to address this invisible, silent but devastating pandemic aggravated by global warming.