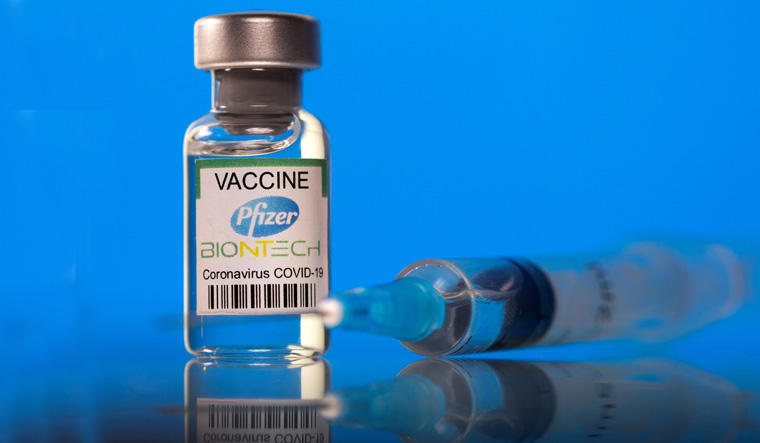 Pfizer has announced that it intends to request in August emergency authorisation for a third dose of its COVID-19 vaccine. Pfizer cited early data showed a third dose could sharply boost protection against COVID-19.

"Pfizer has received initial data from an early human study showing that a third dose of its existing coronavirus vaccine is safe and can raise neutralising antibody levels by 5 to 10 fold compared with the original vaccine, the company’s research head, Mikael Dolsten, said in an interview. Once more data is in hand, Pfizer plans to ask the FDA to authorize a booster shot that could be given six to eight months after the original two doses, Dolsten said," Bloomberg reported.

Pfizer is also in talks with regulators in the EU and other countries about the results, Dolsten said.

"We are confident that such a boost will be highly effective against the Delta variant," Dolsten declared.

However, the US Centers for Disease Control and Prevention and the Food and Drug Administration (FDA) issued a joint statement on Thursday stating "they are engaged in a process about whether and when a booster might be needed", Bloomberg reported.

The FDA and CDC stated "Americans who have been fully vaccinated do not need a booster shot at this time... We are prepared for booster doses if and when the science demonstrates that they are needed.”

Dr. William Schaffner, a vaccine expert at Vanderbilt University Medical Center, told Associated Press that public health authorities may not be keen on a third booster dose of the Pfizer vaccine at a time when only 48 per cent of the US population has been fully vaccinated.

"Giving another dose would be 'a huge effort while we are at the moment striving to get people the first dose'," Schaffner said.