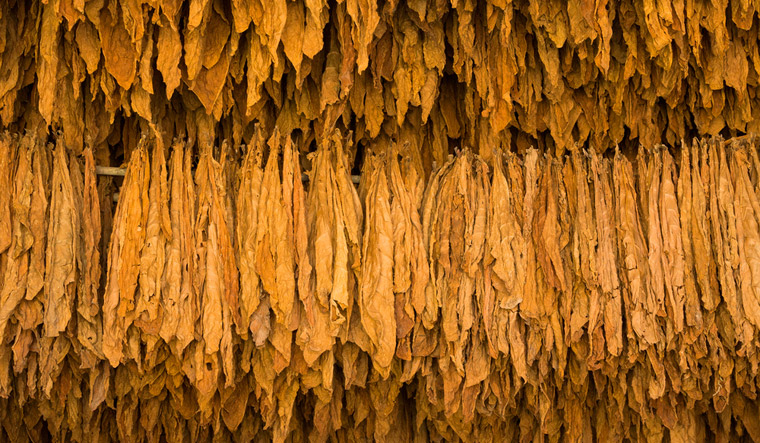 After reports that French researchers were planning clinical trials to see if nicotine patches could help prevent the incidence of COVID-19, following research that showed fewer smokers contracting the disease compared to non-smokers, the French government has banned online sales of nicotine products fearing a surge in demand.

Issuing a decree, the country’s health ministry said it aimed to avoid a shortage of products like nicotine gum and patches which could be used for patients suffering from serious nicotine withdrawal, and to prevent the abuse of tobacco substitutes. Under the decree, pharmacies may not sell more than a month’s worth of nicotine patches until May 11, when France is expected to ease lockdown measures, while online sales are banned entirely.

The decree came after the Pitié-Salpêtrière University Hospital, one of France’s top medical institutes, announced that a clinical trial was awaiting approval to test nicotine patches as a possible treatment for COVID-19. Based on a study where 483 COVID-19 positive people were questioned, they found that only about 5 per cent of them were smokers.

The research comes amid the backdrop of a study by the Pasteur Institute, which tested 700 teachers and pupils from a school in one of the regions hardest-hit by the virus, and found that smokers were four times less likely to contract the virus than non-smokers. The tests found that only 7.2 per cent of smokers among those tested had COVID-19, compared to 28 per cent of non-smokers had it.

The low incidence of smokers contracting COVID-19, in either case, is interesting, as a high percentage of the French population are daily smokers, at about 25.4 per cent. The Pitié-Salpêtrière study suggests that nicotine could affect the virus's ability to enter cells and might, therefore, have a 'protective' effect. However, it admits that the study cannot yet confirm the causality of the association, or whether nicotine was the responsible factor.

Renowned French neurobiologist Jean-Pierre Changeux has reviewed the Pitié-Salpêtrière University Hospital study and suggests that nicotine, an active ingredient in tobacco, could bind to the same receptors as the coronavirus, making it more difficult for the virus to infect the person. "One should not forget that nicotine is a drug of abuse responsible for smoking addiction. Smoking has severe pathological consequences and remains a serious danger for health. Yet under controlled settings, Nicotinic agents could provide an efficient treatment for an acute infection such as Covid-19," he writes.

This adds to an existing study from China,  published in the New England Journal of Medicine, that examined the characteristics of 1,099 COVID-19 patients from 552 hospitals in 30 provinces across China found that only 12.6 per cent of patients were current smokers (compared to China’s prevalence of smokers nationally, where 52 per cent of all males are estimated to be smokers, and 2.4 per cent of females).

However, current and former smokers were higher represented in the set of severe cases. Smokers were more likely to require an ICU or a ventilator, and were also more likely to die, than non-smokers, once they contract COVID-19.

French health minister Olivier Veran commented on the Pitié-Salpêtrière study on France Inter radio on Wednesday, calling it “an interesting possibility” and saying that more would be known soon. He, however, urged the public not to rush out and buy nicotine products citing the 70,000 deaths annually due to tobacco use in France. "Beware, this does not mean that tobacco protects. Tobacco kills, he said.

Studies on the links between smoking and COVID-19 incidence and fatality rates have yielded mixed results so far.  The US Food and Drug Administration have warned that smokers could be at "increased risk of infection" and could suffer "worse outcomes" after catching it.

A literature review published in Nicotine and Tobacco Research in early April mentioned earlier studies finding either that smoking was linked to the severity of a COVID-19 case and those that found no link, concluding that the sample size, in either case, was too small to make an inference.

The clinical trial in France, if approved, would yield important information on nicotine as a possible inhibitor to COVID-19.

France had suffered nearly 22,000 COVID-19 related deaths since the start of the outbreak and has had nearly 160,000 cases.