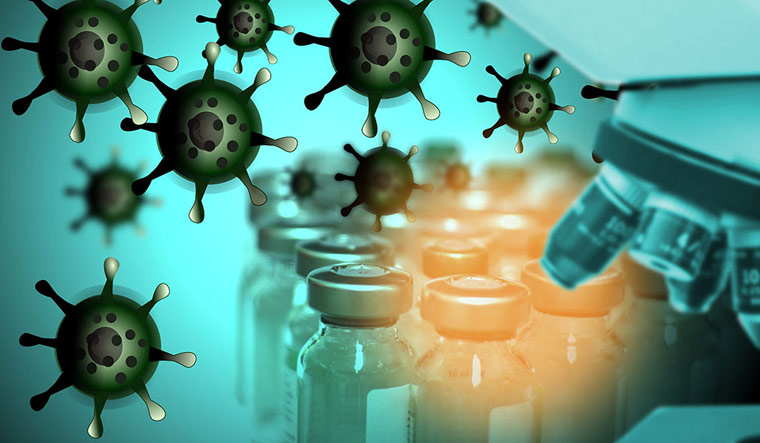 New research on anti-bacterial compounds has immense hope for a world grappling with antibiotic resistance. Estimates suggest that several million people die due to microorganisms such as bacteria developing resistance to drugs against them. As a result, standard treatment may become ineffective, and as infections persist, they may pass onto others, too.

Researchers from the University of Sheffield, however, might just have found one way to deal with the crisis—manufactured 3D printed parts that show resistance to common bacteria. This could stop the spread of infections such as Methicillin-resistant Staphylococcus aureus (MRSA) —a form of contagious bacterial infection that is resistant to numerous antibiotics including methicillin, amoxicillin, penicillin, and oxacillin—in hospitals and care homes, saving the lives of vulnerable patients.

The research combined 3D printing with a silver-based antibacterial compound in order to produce the parts. This has shown that anti-bacterial compound can be successfully incorporated into the existing 3D printing materials without any negative influence on processability or part strength. Scientists on the project have also shown that under the right conditions, the resultant parts demonstrate “anti-bacterial properties without being toxic to human cells”. “Further work is ongoing to investigate the full extent of this capability,” the university said in a statement to the press.

The findings offer the potential for applications in a wide range of areas, including medical devices, general parts for hospitals which are subject to high levels of human contact, door handles or children’s toys, oral health products (dentures) and consumer products, such as mobile phone cases. The university is planning to work with the industry to bring some of these products to market.

“Managing the spread of harmful bacteria, infection and the increasing resistance to antibiotics is a global concern. Introducing antibacterial protection to products and devices at the point of manufacture could be an essential tool in this fight,” Dr Candice Majewski, lead academic on the project, who works in the Centre for Advanced Additive Manufacturing in the Department of Mechanical Engineering at the University of Sheffield, said in the statement.

“Most current 3D printed products don’t have additional functionality. Adding antibacterial properties at the manufacturing stage will provide a step-change in our utilisation of the processes’ capabilities,” said Majewski.

Products such as medical devices are often already coated with an antibacterial compound and are subject to strict and rigorous cleaning or sterilisation procedures. However, while this provides a certain level of protection, they have their limitations, such as human error in cleaning or damage occurring to the coating.

Rigorous testing and imaging techniques thus had to be carried out to establish the effect of the antibacterial additive, the researchers said.

Parts with and without the antibacterial additive were submerged in various bacterial solutions to test how many bacteria remained after 24 hours. Parts containing the antibacterial additive were effective against examples of the two main groups of bacteria, Gram positive (Staphylococcus aureus) and Gram negative (Pseudomonas aeruginosa), both of which can cause many different types of infection.

An additional effect was identified in reducing the number of bacteria stuck to the part surfaces. Bacteria stuck to surfaces form ‘biofilms’ that are often difficult to remove. In this case, an anti-biofilm effect was observed, due to bacteria dying before they could stick to the parts. However, the 3D parts worked less well in liquid containing lots of nutrients as these were found to interfere with the silver before it could do its job. This finding will also help people decide what environments to use this technology in. Finally, parts were also tested with human cells (routinely grown in the lab) and found to have no toxicity.

“Our interactions with microbes are complex and contradictory – they are essential to our survival and they can knock us dead. Technology like this will be key to informed and sustainable management of this crucial relationship with nature,” said Dr Bob Turner from the university’s department of computer science.

Dr Joey Shepherd, School of Clinical Dentistry, who collaborated on the research, said, “Incorporating antibacterial activity into 3D printed parts is an intriguing novel direction only made possible by working as part of a great team with complementary skills and experience,”

The study was published this month in Scientific Reports by an interdisciplinary team of researchers from the university’s Department of Mechanical Engineering and the School of Clinical Dentistry.