Scientists develop an AI to identify depression in children 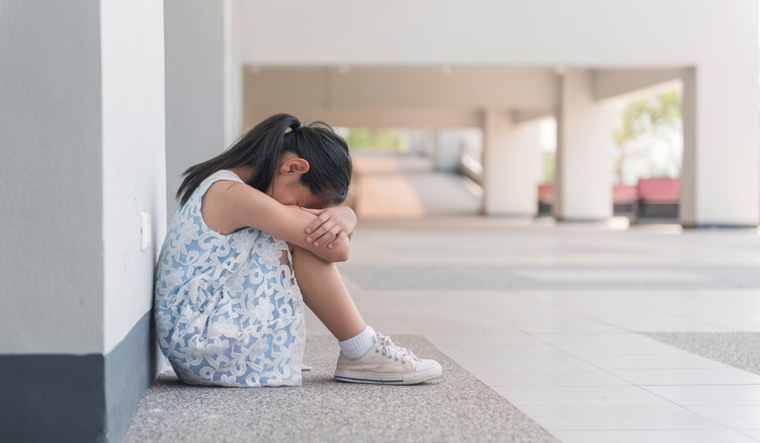 One in every five children suffer from anxiety and depression | Shutterstock

Do little children slip into depression? The answer is yes. Here, we are not talking about the common Monday blues but about persistent sadness that has the potential to alter the child’s mental and emotional growth. Depression among children is often expressed in the form of anger, and if not diagnosed early and treated can lead to suicidal tendencies, substance abuse and self-harm in children.

It is hard to diagnose depression in young children below eight years since they find it difficult comprehend the emotional aspect, and rely on adult supervision. Studies reveal that one in every five children suffer from anxiety and depression, recognized as internalising disorder.

We may soon find an adequate solution to this issue. An artificial intelligence (AI) tool has been developed to identify depression in children. According to the research published in the Journal of Biomedical and Health Informatics, this recently developed machine learning algorithm has the potential to identify symptoms in efficient time that are overlooked in most cases of children.

"We need quick, objective tests to catch kids when they are suffering," said Ellen McGinnis, a clinical psychologist at the University of Vermont Medical Center's Vermont Center for Children, Youth and Families and lead author of the study.

The study followed the Tier-Social Stress task, which induces psychological stress. 71 children between ages 3 and 8 years were asked to improvise on a three-minute story to which the researcher gave negative feedbacks. The aim was to make the children feel that they were being judged.

The algorithm, which identifies the speech pattern, was able to distinguish between eight audio features out of which three stood out identifying the internalising disorder. Low pitch voice, repeatable speech and high pitch response to the surprising buzzer are the three that indicated the prevalence of depression. The algorithm’s speed impressed the researchers as it took only few seconds to diagnose in contrast to parent-questionnaires and structured clinical interviews that take hours.

"The algorithm was able to identify children with a diagnosis of an internalizing disorder with 80 per cent accuracy, and in most cases that compared really well to the accuracy of the parent checklist," said Ryan McGinnis, another author on the study.

This invention could largely help young children and their parents to provide the required help to the children suffering from internalising disorder.