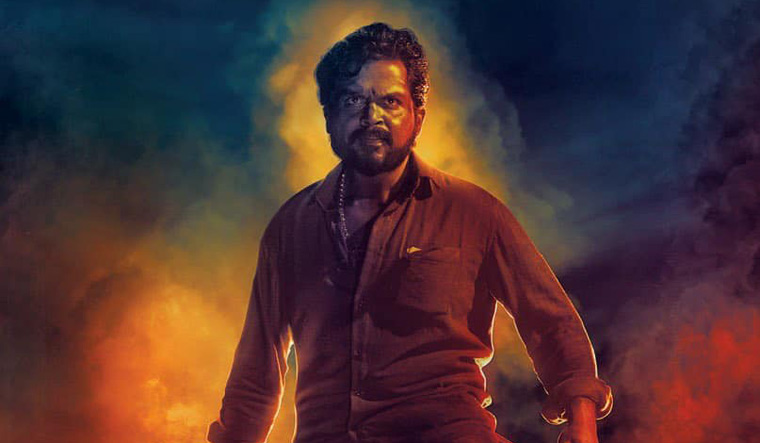 Actor Karthi says he is looking forward to the Hindi version of his Tamil hit "Kaithi", headlined by Bollywood star Ajay Devgn.

Titled "Bholaa", the remake of the 2019 blockbuster is Devgn's fourth project as a director and also features Tabu in a pivotal role.

Karthi, who played the lead in "Kaithi", said the makers were approached by many filmmakers from across the country for the remake rights.

"A lot of people called me and they wanted to buy the rights to 'Kaithi', but then Ajay sir was the first one to get it. I'm really glad that he is doing the Hindi remake and he is directing it as well," the 45-year-old actor told PTI.

Directed by Lokesh Kanagaraj, "Kaithi" featured Karthi as Dilli, a recently released prisoner who finds himself in a dangerous situation where he has to rush poisoned cops to a hospital in exchange for meeting his daughter.

Karthi, who currently stars in the historical action drama "Ponniyin Selvan-I", said he is confident that Devgn will do justice with the film's story as well as the lead character.

Before becoming an actor with the 2007 critical hit "Paruthiveeran", Karthi had served as an assistant director on ace filmmaker Mani Ratnam's 2004 political thriller "Yuva", which featured the Hindi film star as one of three main leads.

"When I worked in 'Yuva' as an assistant director, I saw him perform up close. I have always loved the intensity in his eyes and the way he is relaxed when he's performing a scene. He brings a certain intensity to all the characters that he plays. I also love when he does the action."

"When he came in 'Gangubai Kathiawadi', I was clapping. So I know when he's going to play my character in 'Bholaa', he'll do an entirely different job," the actor said.

Karthi said he is aware there might be some creative changes in store for the audiences with the Hindi remake.

"I'm looking forward to seeing what will be the take that he's going to give. I'm sure he'll have some changes to it, creatively, and he will explore it more. So I'm very eager to watch 'Bholaa'."

Similarly, the actor is excited to see Tabu in the upcoming film.

"I know Tabu ma'am is also doing that film and I'm a huge fan of her work, especially the movies that she made with Vishal Bharadwaj sir," Karthi said.

Karthi said the filmmaker is now developing the sequel of "Kaithi", which is expected to start production next year.

"With 'Kaithi 2', the filming will start next year, probably in the middle of the year. Lokesh is working on it right now," the actor said.