Hindi films not working because they aren't rooted in culture: Anurag Kashyap

'When you see Tamil, Telugu, Malayalam films, they are rooted in their culture' 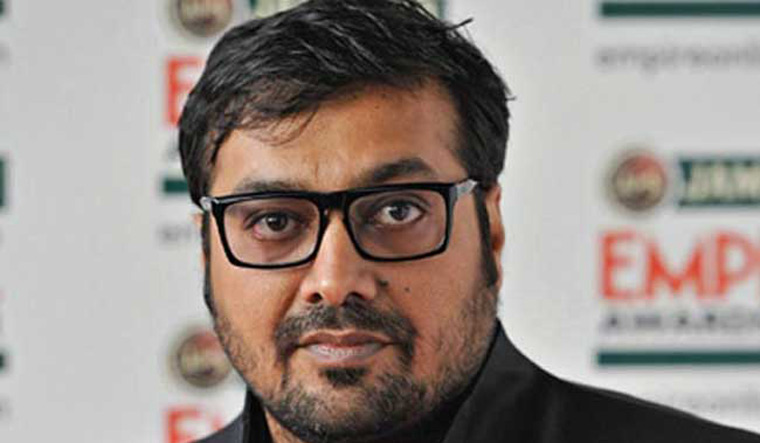 One of the reasons the Hindi film industry is struggling to deliver hits is because the movies are no longer "rooted" in culture, said filmmaker Anurag Kashyap on Wednesday.

Kashyap said if films from the south are resonating across the country, it's because the filmmakers have stayed true to the milieu.

At the trailer launch of his upcoming directorial venture Dobaaraa, the director was asked why are Hindi films not doing well at the box office.

The filmmaker, who has produced Malayalam films such as Paka and Moothon, and Marathi movie Vakratunda Mahakaaya, said Hindi film industry now has directors who can't even speak the language, which reflects in the movies they make.

"Here, people who can't speak Hindi, who speak English, are making Hindi films. Wherever the films are rooted, they work. When our mainstream filmmakers make their kind of films, they work," Kashyap, known for acclaimed films such as Gangs of Wasseypur, DevD, and Mukkabaaz, said.

He said both Gangubai Kathiawadi and Bhool Bhulaiyaa 2—the two Bollywood blockbusters of the year helmed by Sanjay Leela Bhansali and Anees Bazmee, respectively—worked because the makers followed their conviction.

"Gangubai Kathiawadi, Bhool Bhulaiyaa 2'worked because the two filmmakers made the kind of films they usually make. Other filmmakers are attempting to make those films which they don't usually, they're trying to impress, changing genres. The moment we go rooted, our films will work," he added.

Headlined by Taapsee Pannu, Dobaaraa is the Hindi remake of the 2018 Spanish movie Mirage. The mystery drama is set to be released on August 19.

Dobaaraa will open on the big screen at a time when only lavishly mounted spectacle films such as Pushpa: The Rise, RRR and KGF: Chapter 2 have emerged blockbusters across India.

While trade experts believe the current trend signals the end of mid-size films having a golden theatrical run, Kashyap said times have "always been scary" for him.

"Throughout my career, times have always been scary... For me, the risk factor is the same here as it has been for every other film. It's a tough time for people who have established and understood the market and make very big films. For me, it's the same," he added.