A shining star of the 80s, Pothen's acting and direction skills were unique 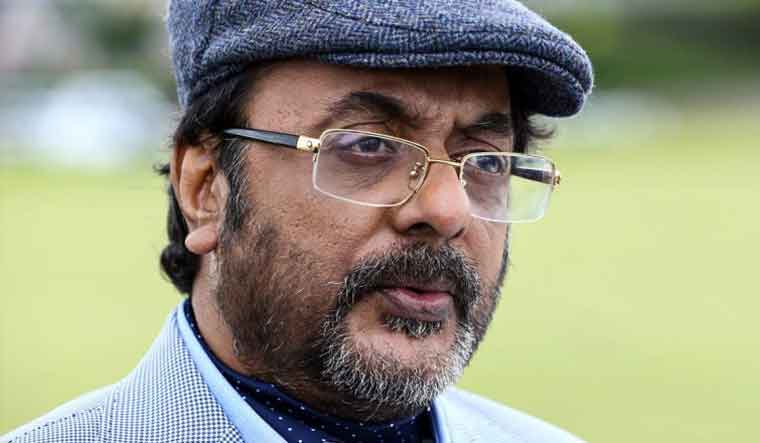 In 2019, Telugu superstar Chiranjeevi hosted an 80s reunion of south Indian stars in Hyderabad. All the big names of the 80s got the invitation, but not Prathap Pothen. Pothen was upset, and he did express his displeasure via a social media post. “I am a Persona Non-Grata with the 80’s stars, maybe I am a bad actor and director ...so they didn't invite me to their get-together, I am sad (what can one say ....only that my career in films meant nothing ....well some may like you some hate you ...but life goes on (sic),” he posted on Facebook.

Pothen never minced his words when he wanted to express something. And, that could have been the reason that had made him a “Person Non-Grata” to many in the film industry. But he surely was a shining star of the 80s—his acting style, as well as direction skills, were unique.

His schooling days in Lawrence, an Ooty boarding school, played a major role in forming the actor and filmmaker in him. Pothen was sent to boarding school at the age of five. By the time he had left that school at the age of 17, he had decided to be in films. Vittoria De Sica’s 1954 classic Bicycle Thieves greatly influenced his decision. His schooling days made him a voracious reader also. And the reading habit strengthened his visual sense. From Lawrence, he went to Madras Christian College for graduation. He became part of the college’s drama club. After graduation, he went to Mumbai to be a copywriter for some time. But he was destined to come back to acting.

He returned to Chennai and became part of The Madras Players. It was then that he caught the attention of ace filmmaker Bharathan. The director witnessed Pothen’s performance in Bernard Shaw's play Androcles and the Lion. Bharathan invited him to act in his 1978 film Aaravam.

Bharathan then wanted to cast the hippie-looking, English-speaking Pothen as his lead in Thakara. But many wondered whether Pothen could crack the role. However, he proved them all wrong by acing the role of Thakara—a mentally immature orphan, who falls to the tricks and words of Chellappanashari (Nedumudi Venu). For his act, Pothen won the Filmfare Award for the Best Actor in Malayalam. Thakara was a milestone in Malayalam cinema. Following Thakara, many memorable roles came his way. In 1980, he played the role of Vinod, a youth who would fall in love with a college lecturer in Bharathan’s Chamaram. The film became one of the evergreen campus films in Malayalam. He received critical acclaim for portraying a psychopathic serial killer, Chandru, in Balu Mahendra's Moodu Pani.

Between 1979 and 1984, he acted in 46 films. But, a lot of roles offered to him were kind of “eccentric” in nature, and that is when he shifted to direct films. He then wrote the script of Meendum Oru Kadhal Kadhai, a film portraying the love between two mentally-challenged persons. In a 2014 interview he had given for The Hindu, Pothen remembers this phase as follows: “I could find no lead actor for it, so I did it myself. The film was shot over a year for funds were few. I jumped to Telugu films, played villains beaten up by Krishna, wore disco pants and danced with Jayamalini, all to raise funds for Meendum…” The Tamil film won him the Indira Gandhi Award for Best Debut Film of a Director.

Two years later, Pothen directed Rithubhedham, based on a story and screenplay by M.T. Vasudevan Nair, one of the masters in post-Independence Indian literature. Rithubhedham, which portrayed an ailing aristocratic family Naduvancheril Nair Veedu, won Pothen the Filmfare Award for Best Director in Malayalam. His next film, Daisy (1988) was his tribute to his school days in Lawrence. Daisy and its songs attained cult status in Malayalam. Over the next nine years, he directed seven films in Tamil and one in Telugu. In 1997, he came back to Malayalam by directing Oru Yatramozhi, an emotional potboiler that had Mohanlal and Shivaji Ganeshan in lead roles. After this film, Pothen left cinema to concentrate on advertisement films. In the 2000s, he did some roles occasionally in Malayalam and Tamil. But he was dubbed in Thanmatra and Calender, his Malayalam films from this phase, because of his “too anglicised” language. Pothen had expressed his displeasure about this later.

In 2011, his second innings in Mollywood started. And, he made his second coming memorable by playing the character of a rapist, Hegde, in Aashiq Abu’s revenge thriller 22 Female Kottayam. He won the SIIMA Award for Best Actor in a Negative Role for this. The next year, he played a diametrically opposite character to Hegde in Ayalum Njanum Thammil. His Dr Samuel in Ayalum Njanum Thammil once again proved the range of emotions he could handle and portray on screen. Micheal in Abu’s friendship and nostalgia drama Idukki Gold is another memorable character he performed in this second coming.

Pothen was very active on Facebook in the last decade. And, his profile stoked many controversies in this phase. The ugliest one was the spat he had with actor Jayaram in 2015. His harsh comments made Jayaram give complaint against him in A.M.M.A., the actors' organisation of Mollywood. In 2018, Pothen stoked another controversy by walking out of an Anjali Menon movie as he was not happy with the script. A Miguel De Cervantes quote—“In order to attain the impossible, one must attempt the absurd”—was one of his last posts on FB. He attempted the absurd, he did it neatly, and he attained the impossible as an actor and director. He will be missed!