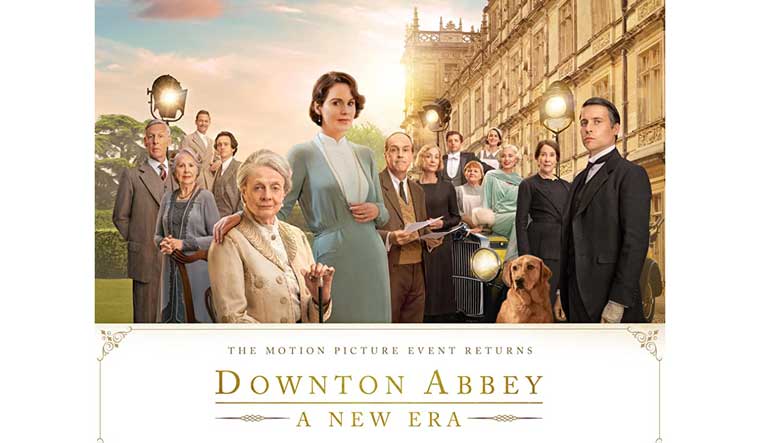 Downton Abbey: A New Era, based on the hit British series, is slated to be theatrically released in India on June 3.

The film, a sequel to the 2019 movie of the same name, is directed by Simon Curtis. Downton Abbey: A New Era follows the grand journey of the Crawleys to the South of France to uncover the mystery of the Dowager Countess' newly inherited villa.

Director Curtis, who has previously worked with ensemble cast in shows such as David Copperfield and Cranford, said it was "intimidating" to direct Downton Abbey: The New Era.

"I've been very lucky in that some of the things I'd made in television, like David Copperfield and Cranford, meant I'd had experience working with a big ensemble cast. What's intimidating about directing Downton, (which I'm sure all the previous directors have also felt), is that there's no such thing as an easy scene in Downton.

"There might be as many as four mini scenes within one bigger scene and four different clusters of conversations that all require coverage from different angles and that all takes time. In this film we had the usual ensemble of actors, then added in the crew and actors for the film within the film, plus our own crew and that amounted to over 50 setups for one particular dinner scene across three days. It was a relief to get to the end of that scene," the filmmaker said in a statement.