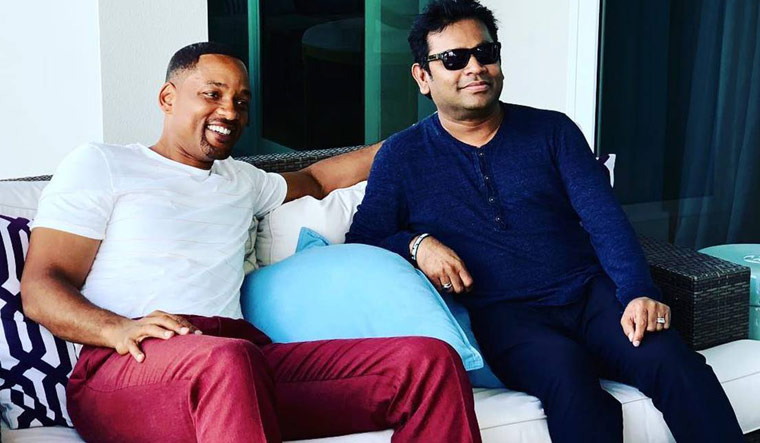 The renowned music composer, who was the guest at the 'The Kapil Sharma Show', along with Heropanti 2 stars Tiger Shroff, Tara Sutaria, Nawazuddin Siddiqui and Ahmad Khan, was shown an old picture of himself with Smith during the programme.

Rahman called Smith a "sweetheart" and a "nice person," adding, "Sometimes such things happen,” referring to the slapgate incident.

Rock had joked about bald head of Jada Pinkett Smith, who suffers from alopecia. This had provoked Smith who went on stage and slapped Rock, to the shock of Hollywood audience attending the movie gala and those who tuned in through their screens.

Following the incident, Smith, who later apologised to the comedian and the Academy, has been banned from Oscars and their other related events for a decade.

Meanwhile, Smith was recently spotted at the Mumbai airport. He was in India to meet self-styled godman Jaggi Vasudev aka Sadhguru.