Will Smith in India to visit Sadhguru: reports 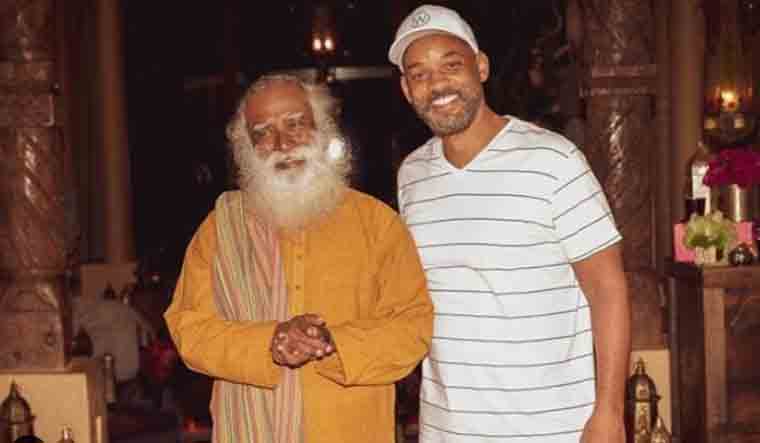 Actor Will Smith was spotted at the Mumbai airport. The Hollywood star is reportedly here to meet spiritual leader Sadhguru after getting banned from the Oscars for ten years. Smith got the ban after he slapped comedian Chris Rock, who was hosting the awards show.

Rock had made a joke about the bald head of Smith's wife Jada Pinkett Smith. Jada suffers from alopecia and shaved her head due to the condition. Incidentally, the actor won the best actor award for his performance in the film King Richard that night. And while he apologised to the Academy and Rock for his actions, the act was condemned by several peers, while several others sympathised with Smith.

The actor, while in Mumbai, will be staying at the JW Mariott hotel in Juhu. Smith has previously visited India-- he last came in 2019 for the shooting of his reality show 'The Bucket List'. He also visited Haridwar and took part in the 'Ganga Aarti'.

Chris Rock's mother Rose Rock reacted to her son Chris Rock being slapped by actor Will Smith at the Oscars. Rose said, “You reacted to your wife giving you the side-eye and you went and made her day because she was mulled over laughing when it happened,” the Daily Mail reported. “When he slapped Chris, he slapped all of us. He really slapped me,” she added. She also said that initially, she thought the slap was staged, till he heard Smith say, “take my wife's name out your f--king mouth.”