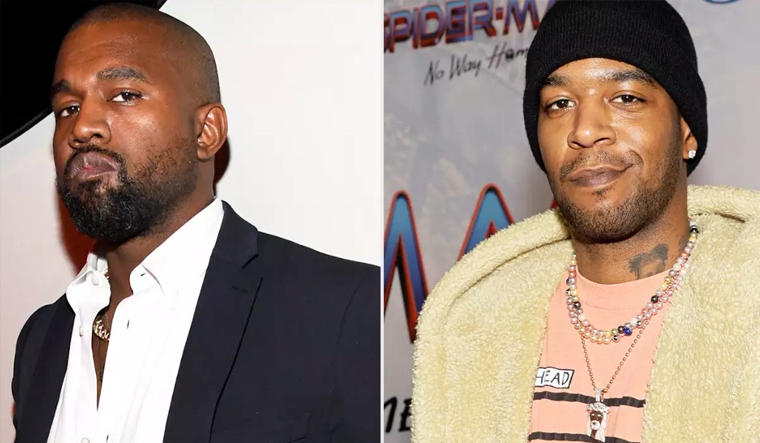 Ye, Eminem, Kendrick Lamar, Kid Cudi. What do all of these precarious rappers have in common? Could it be their dark pasts or heightened status in the music industry? Though such ideas are true, what truly sets these rappers equal are their shared issues suffering from mental health issues, like depression and anxiety. One may think the music industry is the perfect lifestyle, filled with money, girls, clubs, and drugs; however, the reality is much darker than we may think.

Mental health issues surrounding public figures have been a popular aspect of pop culture. Celebrities such as Lindsay Lohan were victimized and bullied by the press through her struggles with addiction. More recently comes the drama between Ye and his ex-wife Kim Kardashian. Ye took to Instagram to share his frustrations over his divorce and publicly attacked fellow celebrities, such as Pete Davidson. Some believe all of this was an act to generate buzz for his Donda 2 album; however, Ye’s troubled past proves this is not the case, especially in his 2017 lawsuit, which described in detail his psychotic breakdowns.

Even more bothersome is the idea that so many people were quick to question his cries for help. If anything, Ye has brought light to the crippling mental health issues present among fellow rappers. By calling his cries for help online a ‘publicity stunt’, people are effectively invaliding what he’s dealing with. This feeling of not being heard is one of the root causes of why so many musicians fall into addiction in the first place.

“My anxiety and depression have ruled my life for as long as I can remember and I never leave the house because of it.” - Kid Cudi https://www.nbcnews.com/news/nbcblk/hip-hops-complex-relationship-health-rcna1377

As a society, we are progressively moving in a positive direction in solving the mental health crisis. With therapist sessions and resources becoming more and more available, we can start getting help to those who need it the most. The only downside to this can be seen in musicians who, despite their wealth and status, don’t have the same access to these resources. If a celebrity went to therapy, the paparazzi and celebrity news outlets would be all over it. If they decide to admit their struggles, they could lose fans and relevancy, and it’s for this reason that we see so many artists suffering in silence. To them, the only solutions available are drugs and alcohol, and this needs to change.

“I can’t sleep my anxiety is at an all-time high but don’t none of y’all care about that sh*t. Depression is serious y’all think I do drugs cause it’s fun.” -Danny Brown

To many, the only way to go from here is up. Now that we are aware of these problems, thanks to many brave artists that have shone a light on this shadowed issue. It is our responsibility to ensure they get the care they need as nobody, regardless of their status or financial situation, deserves to suffer in silence. These negative emotions are stressed even further for many hip-hop artists who are constantly under pressure from their fans and the public to record new hits and albums, perform on tour, and maintain record deals.