The singing larks of Goa 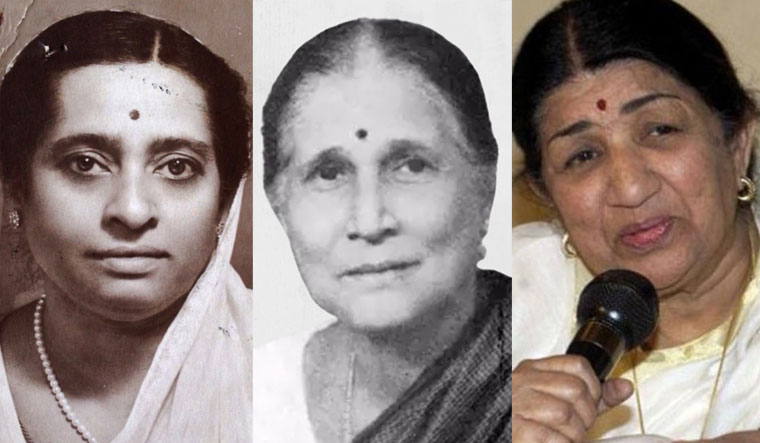 Larks are inherently non-migratory birds but there are instances where the singing bush larks of Goa are seen in other parts of western India. Goa is reported to have more than 570 bird species and thanks to the passionate colonial ornithologists, we are given a robust database of birds. But when it comes to the sanctorum of singing Goan Homo sapiens, it still remains an unsung domain even after it produced a Bharat Ratna in music, Lata Mangeshkar.

It is Goa that made Lata a female colossus in Bollywood's largely male bastion. There is a case for Goa to be considered a fountainhead of the emanation of women vocalists in the Hindustani music.

Mangeshi, a village 23km from Panaji, has been a cradle for many a musician. It replaced the surname of Deenanath Hardikar into Pt. Deenanath Mangeshkar, father of the women who would make a name for themselves. Music came to Mangeshi much before the Portuguese set foot there. And, it is not just Mangeshi. Many village temples in Goa remained seats of dance and music for centuries since the Vijayanagara period.

Goa’s endowment to the Hindustani music unfolds few eloquent features. The most important one is the way women artistes dominated the scene, and the way it lit the torch for the women in other parts of the subcontinent. The general lack of awareness about this legacy could be the migration of the artistes to other parts of western India since the Peshwa days. We can’t blame them, life had to move.

Historians say the first male musician to leave Goa for further studies in music was Murarba Pednekar. He joined Pune Gayan Samaj as a teacher in 1870. His 1887 book Sangeet Sanjeevani comprises notation of various bandishis and various designs of sargam as well as layakaris.

Vithoba Anna Hadap, guru of legendary Ramkrishnabuwa Vaze, was in Malvan and he is considered to be the first musician who identified the versatility of the Goan women artistes, and hence the world started listening to a talented singer like Saraswatibai Bandodkar.

From the Society of Indian Record Collectors, I saw an image of a Columbia record from the late 19th-century by a singer named Saraswatibai Faterpekar, a Goan vocalist. I am unable to confirm whether she is the same Saraswatibai who was the disciple of Vithobha Anna Hadap as Bandora is 34km away from Fatarpe village. There were many Saraswatibais in the Goan list of women artistes.

Nevertheless, a 1938 concert poster says she was to perform a day before the unrivalled Ustad Abdul Wahid Khan. According to musicologist Mohan Nadkarni, the other major gurus who taught the vocalists of Goan villages were Dattubuva Bhide, Anantbuva, Vazebuva and Bakhalebuva.

The list of women vocalists that these villages produced in the 19th century is immeasurable and few names are Bablibai Salgaonkar, Saraswatibai Jambavalkar, Mogabai Kakodkar and Tarabai Shidolkar.

I narrate this long list to establish the cultural milieu that created a multifaceted actor-singer Deenanath Mangeshkar and then his children.

Name any female Hindustani vocalist from India's west coast in the 19th and 20th centuries and one can see her roots in the Goan land.

Let me list a few starting from the unparalleled Kesarbai Kerkar. She was born in the hamlet of Keri in Ponda taluka of North Goa. Rabindranath Tagore famously called her 'Surashree', which translates to “excellence of voice”.

Then the list shines with stars like Anjanibai Malpekar, whom the world knew as the muse for Raja Ravi Varma’s famous painting ‘Lady in the Moonlight’. She too, like many others, belonged to the Devadasis known in Goa as Kalawant community. Anjanibai was born in April 1883, in Malpe, Pernem in Goa, to a family of musicians.

Along with Kesarbai Kerkar, Indian music lovers revere another name born in the Kurdi village of Goa in 1904. When Mogubai Kurdikar was 13, she became a member of the Chandrasekhar Bhootnath Sangit Mandali, a traveling theatre group. Like Kesarbai, she too later became a disciple of Ustad Alladiya Khan, founder of the Jaipur Atauli Gharana, though for a very short duration.

Mogu gave birth to a girl child in 1932 and she was named Kishori. A modern India later heard her as Kishori Amonkar. Another major woman artiste with Goan antecedents was famous Thumri singer Shobha Gurtu. Her mother Menekabai Shirodkar, from Shiroda, South Goa was a professional dancer, and a 'gayaki' disciple of Ustad Alladiya Khan.

While writing this, I was surfing through the Goan sketches of Mario. Whether a fisherman on a cycle or a girl in a market or the sun setting over the Mandovi river, his ink had a solitary mix, the music, a flow.

Yes, Goa is a play-field of time—the past, the present and the future. Once Goa’s all-time crazy singer Remo Fernandez was walking through the streets humming a Portuguese tune, and he got a call from Shyam Benegal requesting him to score music for Trikal. He readily agreed to.

Lata Mangeshkar’s niece visited the Mageshi Ganesh temple when she was in Mumbai's Breach Candy Hospital. The temple has Mangeshkar’s family deity and the village has aesthetic family’s roots.

(The author is a broadcaster who won Kerala Sahitya Akademi award for prose. He also hosts the podcast ‘Dilli Dali’.)