From 'Jumanji' to 'Matilda': How streaming platforms rekindled love for children's classics 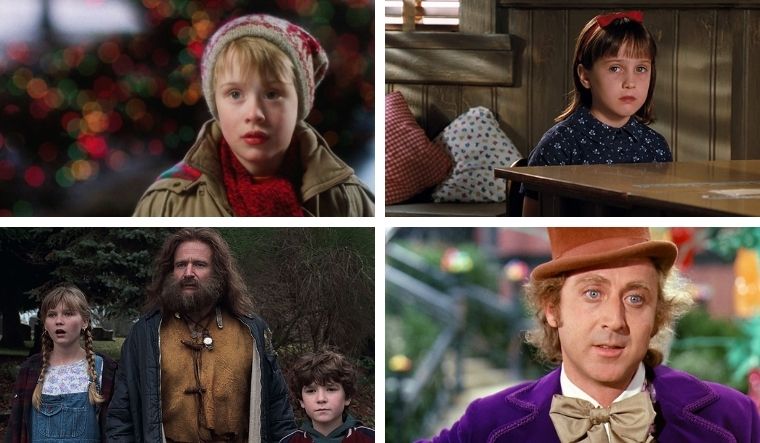 “26 years ago, we started playing a little game. And now we are going to sit down and finish it.” As Alan Parrish (late actor Robin Williams) said this out loud, I brimmed with nervous excitement, like a child holding tight on to the roller-coaster cart at the precise moment before the free fall.

My six-year-old was clueless about what she was about to witness on the television screen. She was unprepared for the exhilarating ride, the laughs and screams that would fill our living room that lazy Sunday afternoon. But I knew every turn of the ride—because I had watched and rewatched this classic almost two decades ago. And what better way to introduce a child to the adorable Williams than with Jumanji—the original from 1995 (mind you), and not the sequels that could never match up to the magic delivered by Williams.

Jumanji was how it all began. Henceforth, Sunday evenings have been set apart for introducing Hollywood family classics, or rather my childhood favourites. While Williams ruled the list with other films like Flubber (1997) and Mrs Doubtfire (1993), he is closely followed by Rowan Atkinson, the ever-lovable Mr Bean. Mr Bean cartoons do have a distinct charm, but nothing beats the fun of watching Atkinson flex his facial muscles in the episodes of his TV show from the '90s.

And now, thanks to streaming platforms like Netflix, Amazon Prime Video and Disney Plus, parents can relive the joy of watching these favourites and share a slice of it with kids. It is also the easiest and fun way to show them what a television box, telephones or old cars looked like. Or how big a Saint Bernard can grow ( Beethoven, 1994).

The OTT content revolution has made it possible for me to 'ROFL' with my child at the sight of Bean pulling out slices of bread, meat and lettuce from his coat pockets and socks, or him sticking popcorn into his nostril while watching a horror film! As gross as it may sound to the 'grownup' me now, these are scenes I would list out as strong memories from my childhood. You could say Bean and Williams were my childhood staples—also why years down the line, I cried when the news of Williams' suicide broke. But that is not something I will share with my child now. For now, let's stick with the magic alone.

Speaking of magic, Matilda (1996) and Charlie and the Chocolate Factory (2005) have also become favourites. These adaptations of the hugely popular works of Roald Dahl are not just about magic. Rewatching them as an adult and as a parent opens your eyes to the lessons you missed while watching them as a child or rebellious teen. If Matilda teaches you to stand up to your fears, Willy Wonka, Charlie and his grandfather subtly tell you that at the end of it all, it is not about personal victories but about the people who love you.

And now as Christmas approaches, it is time to watch Home Alone (1990) and its sequels, and hope my child does not decide to try some of those pranks at home.

In recent years, streaming giants like Netflix and Amazon Prime Video have shelled out millions of dollars to buy reruns of hugely popular television shows like Friends, The Big Bang Theory, The Office and more. The money was totally worth it. While it helped develop a fresh legion of fans for these old shows, it was also about oodles of nostalgia for people who rewatched the episodes. In 2018, Netflix produced 140 original shows but the most-watched series was The Office, which initially aired from 2005-2013 on television network NBC.

Acquisition of these show reruns always make headlines, but if you look closely and comb through the movie collection, you can find gems that have been slipped in without much noise and fanfare. And amid these lie soul-touching films from the '90s—a period that generated some cult-classic movies for families and kids. Not to forget that it was also the era that saw some of Disney's spectacular feature films, both animated and others.

Disney was indeed far-sighted—in 2006, Disney spent $7.4 billion buying Pixar, the studio that gave us hits like Finding Nemo, Cars, Toy Story and The Incredibles. The launch of Disney Plus platform in 2019 brought along almost every Disney animated film available to stream. Kids growing up at a time when Disney magic means snow-capped mountains and Elsa singing 'Let it go' can now watch the adults sink into nostalgia with The Lion King (1994), Cinderella (1950), Aladdin (1992) or Mary Poppins (1964).

Streaming platforms have been betting big on kids' content and pumping money into it, but the pandemic era saw it jump by leaps and bounds.

According to a Nielsen survey, eight of the top 10 movies (in terms of minutes watched) available on subscription video-on-demand (SVOD) platforms in 2020 were kids’ titles. Unlike adults, children tend to watch and rewatch their favourite content time and again. No schools and outdoor play amid the global lockdown also meant that kids spent more time on digital content platforms. And in homes, where adults struggled to balance work-at-home careers and parenting, children's movies on streaming platforms seemed to have helped them cope.

The future of children's entertainment looks even more alluring. In September, Netflix acquired all the works of Dahl who authored children’s classics including The BFG and Fantastic Mr Fox, in the streaming company’s biggest content deal to date. The agreement struck by Netflix, which had in 2018 partnered with the Roald Dahl Story Company (RDSC) to license 16 titles, will help it build its content arsenal against rivals including Disney Plus, Amazon Prime Video and HBO Max.

Netflix has huge plans for Dahl’s works, including “the creation of a unique universe across animated and live actions films and TV, publishing, games, immersive experiences, live theater, consumer products and more,” Netflix CEO Ted Sarandos had said in a statement. The streaming company said it will stay true to the spirit of Dahl’s work but also create an “imaginative story universe” that may link stories and characters — an idea that could reportedly develop into a kid-centric version of the Marvel universe.

Netflix’s 2018 partnership with the RDSC was worth between $500 million and $1 billion, making it the biggest ever investment in kids' programming, stated The Hollywood Reporter.

As part of the deals, filmmaker Taika Waititi is already creating two animated series based on the world of Charlie and the Chocolate Factory. The first will be based on the book’s characters, and the second is said to be a wholly original take on the Oompa-Loompas—tiny people with 'funny long hair' who worked at Wonka's chocolate factory. An adaptation of Matilda the Musical is also in the works.