‘Annaatthe’ trailer out; Rajinikanth-starrer promises to be an out and out entertainer 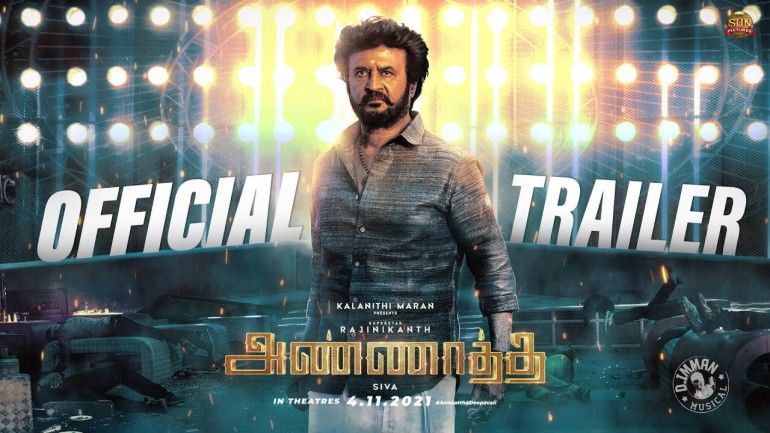 The makers of Rajinikanth-starrer Annaatthe released the trailer of the film on Wednesday. If the trailer is anything to go by, the movie everything that the fans of the superstar expect from him—Thalaiva against an army of baddies, plenty of action, peppy numbers and punch dialogues, and enough laughs.

The trailer opens with an action sequence, giving an indication that the fans will have plenty of reasons to cheer and hoot when the movie gets released on Diwali. Rajinikanth's Kaalaiyan is introduced as a man who has solutions to all the problems of people in his small town. Kaalaiyan is shown as a devoted and loving brother to his sister played by Keerthy Suresh. The trailer also introduces other major characters played by Nayanthara, Meena, and Khushbu.

Written and directed by Siva and produced by Sun Pictures, Annaatthe is expected to be a complete family entertainer that is sure to please the festival crowd.

The movie was previously scheduled to be released in January during Pongal holidays.