None of us anticipated its global popularity: Freddie Highmore on 'The Good Doctor' 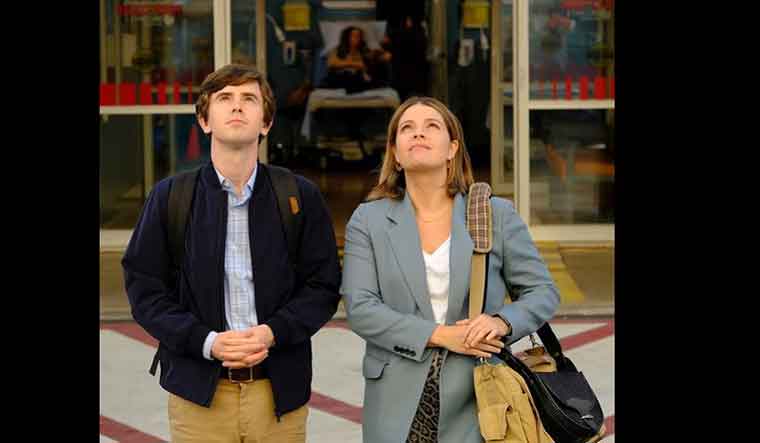 Actor Freddie Highmore believes one of the reasons the medical drama The Good Doctor became a worldwide hit is because the audience could connect with the optimism of his character Dr Shaun Murphy.

The Good Doctor features Highmore as Murphy, a young autistic surgeon with savant syndrome, a rare condition in which a person with significant mental disabilities demonstrates certain abilities far in excess of average.

The 29-year-old actor said the show's successful five-season run has been nothing short of magical.

"I feel lucky that people have connected with the show and with the character that I play. I don't think any of us could have anticipated the reaction, the popularity that it would have found across the world.

"And it's hard to say exactly why, but perhaps it's that optimism, the positivity that Shaun has, the fact that he wants to believe that people are inherently good at that. That means people have been drawn to him and drawn to his journey and want him to succeed," Highmore said.

The latest season of the show, currently streaming on SonyLIV, sees Shaun Murphy making his way through more uncertainties as a major change comes to St. Bonaventure Hospital. The rest of the team navigates the complexities of their own changing relationships as they continue to deal with life and death situations.

Highmore said the show's success can't be traced back to any "formula".

The London-born actor, whose movie credits includes Finding Neverland, August Rush, and The Spiderwick Chronicles, feels the authenticity in the narrative of The Good Doctor is one of the key factor for the series' popularity.

"We've tried to portray Shaun and his journey as authentically and in the most nuanced way that we could. It (the success) just means that people have connected with that. The show has committed to that point of view on the world and portraying things in a certain way through the lens of Shaun.

"And we have stuck to that. We are proud of...the show and the issues that it has engaged with and the representation, especially with regard to autism, that it afforded," he added.

Highmore, who also serves as an executive producer on the series and has directed a few episodes, said playing the hopeful central character for five seasons has led to the good traits of Murphy being reflected on him.

"I think as a Brit, we're probably quite cynical people who have had a lot to be cynical about recently as well. Shaun's optimism and lack of cynicism is something that hopefully has rubbed off on me a little bit.

"He certainly is a happier, more hopeful character to get to play every day than Norman Bates. So a little bit of Shaun has rubbed off on me, and that's probably a good thing," he added.

House creator David Shore serves as the executive producer and showrunner of the series.