Jonas Brothers to 'roast' each other in Netflix special 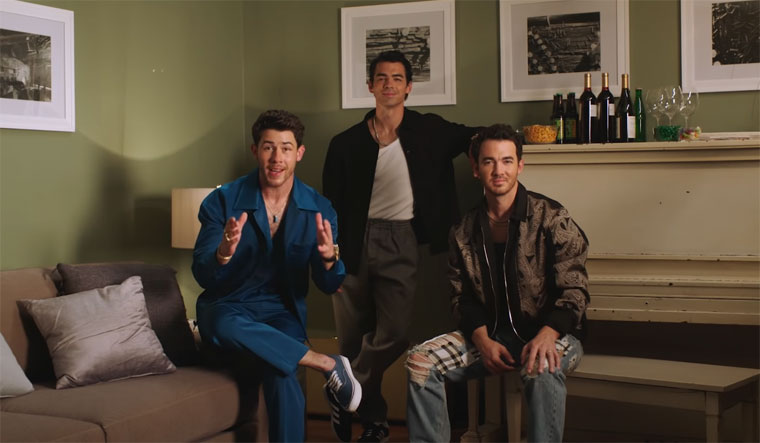 Members of the popular American rock band Jonas Brothers, comprising of Kevin Jonas, Nick Jonas and Joe Jonas, are coming together to roast each other and get roasted by family and friends on a special that will release November 23.

They will be featuring in Netflix’s first family roast special, which will be hosted by the Emmy award-winning comedian Kenan Thompson.

A trailer featuring the trio was released where they were seen explaining what fans can expect from the show.

Nick says it is a "one-of-a-kind comedy special that celebrates the universal truth that no one can get under your skin quite like your family”.

Joe adds a pinch of humour by only saying the word "roasted" in the whole video.

Fans can see a different side of the brothers through sketches, songs and games in the show.

After a six-year hiatus, the trio reunited in March 2019 with the release of their hit ‘Sucker’. The music video features the brothers and their wives Priyanka Chopra Jonas, Sophie Turner and Danielle Jonas.

Currently, the trio is touring the US. The tour is titled ‘RememberThisTour’.