The film is being helmed by Collin D'Cunha 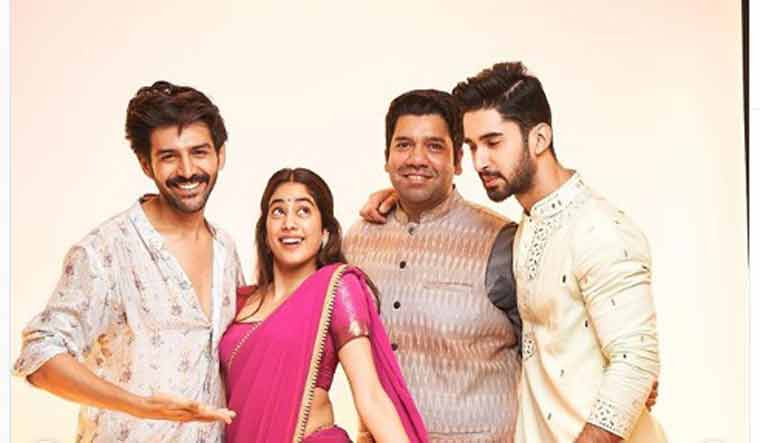 According to sources, Dharma Productions has decided not to work with Kartik in any film, due to his 'unprofessional behaviour'. The film was already half shot. “It has never happened in the history of Dharma Productions that an actor who has shot a film has been dropped," NDTV quoted a source as saying.

The actor or the production house have not released any official confirmation.

The original film, featuring Abhishek Bachchan, John Abraham and Priyanka Chopra in the lead, was a major box office success. The 2008 film chronicled the story of two men who pretend to be gay to share an apartment with a girl with whom they eventually fall in love.

Speaking about her co-star Aryan, Janhvi had said earlier: "Dostana 2 looks at normalising homosexuality. There's still a stigma around it. Honestly, kudos to Kartik who is mainstream and is known for being the heartthrob of the nation to take on a role that I think most actors would shy away from because it is about homosexuality."