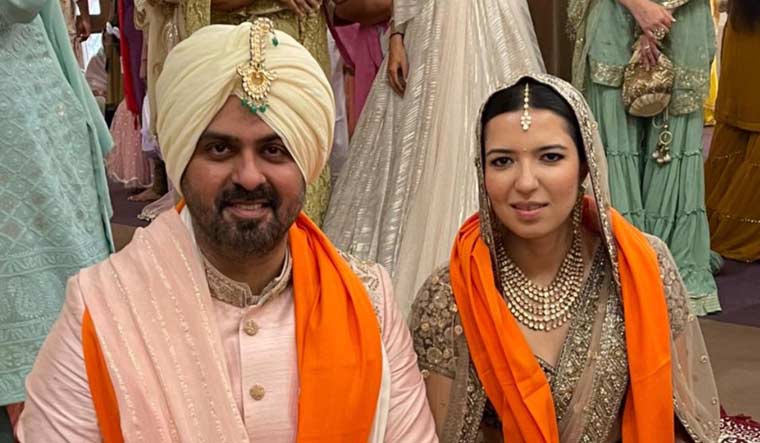 Actor Harman Baweja, known for films like "Love Story 2050" and "What's Your Rashee?", on Sunday tied the knot with fiancee and health coach Sasha Ramchandani in an intimate ceremony in Kolkata.

The couple got married as per the Anand Karaj rituals at a gurudwara, in the presence of family and close friends from the industry, including actor Shilpa Shetty, her businessman husband Raj Kundra, actors Ashish Chowdhry and Sagarika Ghatge Khan.

Shetty took to Instagram and shared a video of the couple from the ceremony.

"Congratulations Harman and Sasha. Here's to new beginnings filled with unconditional love, happiness and friendship forever. So happy for you guys," she captioned the video.

Over the years, Baweja has worked sporadically in films like "Dishkiyaoon" (2014) and animated Punjabi film series "Chaar Sahibzaade" (2014-16).

For the ceremony, Baweja wore a pink sherwani along with a white turban, while Ramchandani was dressed in a silver and maroon lehenga choli.

Chowdhry took to Instagram and shared pictures of the newly married couple from the wedding ceremony and gave a quirky caption on the lines of the viral 'Pawri ho rahi hai' video.

The wedding festivities began on Friday evening with a cocktail party, followed by sangeet ceremony on Saturday night.

Baweja and Ramchandani had their roka ceremony in Chandigarh last December.