Nicolas Cage gets married for the fifth time 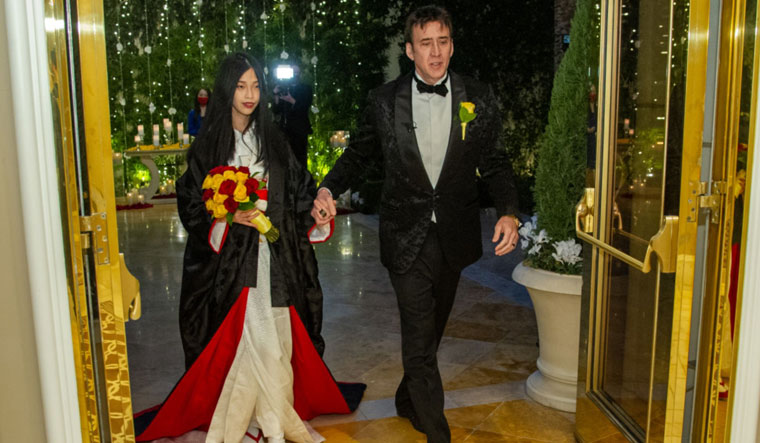 The duo got married in Las Vegas on February 16 in a small ceremony, a date chosen to honour the birthday of Cage's late father.

"It's true, and we are very happy," the 57-year-old actor said in a brief statement, obtained by Page Six magazine.

In the photos from wedding ceremony, Shibata, 26, was seen in a handmade bridal kimono, while Cage was wearing tuxedo.

This is Cage's fifth marriage following his public split from Erika Kookie after a four-day marriage in March 2019, which also took place in Las Vegas.

According to Cage's representative, the couple started dating after they met in Shiga, Japan, over a year ago.

The wedding ceremony was followed by a small reception attended by Cage's ex-wife Alice Kim (2004 to 2016) and their 15-year-old son Kal-El.