Vintage pics of Shammi Kapoor, Dharmendra, Sadhana and their letters to a fan go viral 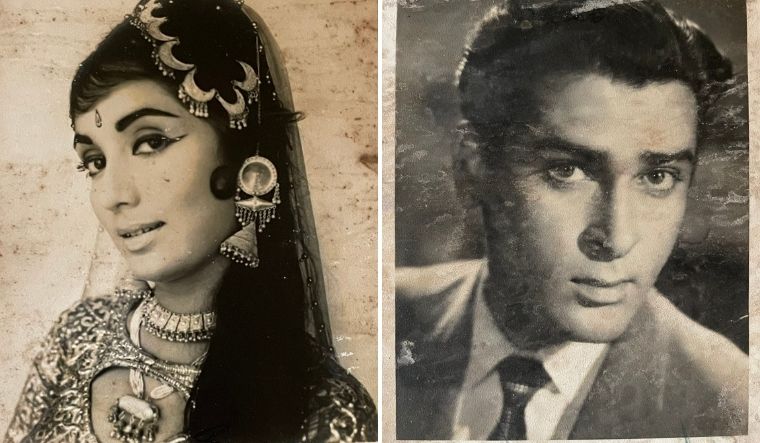 Twitter users were in for a major surprise last week when a treasure trove of black and white photos of Bollywood’s yesteryear stars including Shammi Kapoor, Saira Banu, Sunil Dutt, Tabassum, Sadhana, Asha Parekh and so on surfaced on the social media platform. These photos and several letters written by these stars were discovered by writer Sam Javed during a store room cleanup. These letters were written to her late aunt Mehrunnisa Najma who kept them safe in an album.

Sam shared these in a Twitter thread that went viral. She wrote: “My aunt passed away many years ago. Among her belongings was an old album that she was very fond of. The album remained lost for many years, buried somewhere in a storeroom in the basement. It was found again recently during a clean-up.”

In another tweet, she said: “As a young girl growing up in a small town in 1950s and 60s, she was completely enamored by movies. Much to the disapproval of her mother, she spent her free time writing fan mail to movie stars and over a time, built up quite a collection of autographed pictures and letters.”

Dharmendra -1962
The pic is damaged but the good looks are intact!
5/n pic.twitter.com/thUcMWmpOS

Sadhana - 1964
From a time she was really popular as seen from the list of films
8/n pic.twitter.com/QJBtT1xzk8

And, now, the National Film Archive of India has reached out to Sam seeking her approval on preserving this collection for film buffs, the Times of India reported. “Everyone knew of my aunt’s collection but somehow no one ever gave it much attention or importance. She used to show it to us when we were kids and over the years it was forgotten,” Sam told the TOI.