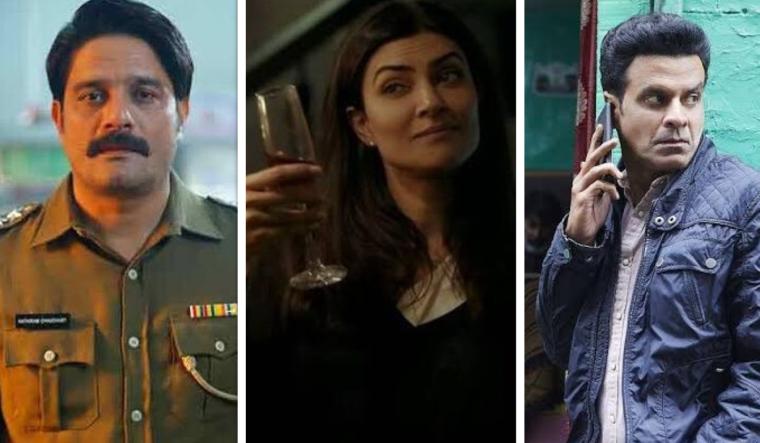 Jaideep Ahlawat in a still from ‘Paatal Lok’; Sushmita Sen in ‘Aarya’; Manoj Bajpayee in ‘The Family Man’

In the first edition of OTT Awards by Filmfare held on Saturday, Amazon Prime Video’s Paatal Lok and The Family Man were the big winners, bagging five awards each.

Prime Video’s Panchayat was not far behind with four awards.

The OTT Awards were introduced this year thanks to the fantastic storytelling of some excellent scripts and well-curated content on streaming platforms, which also saw a rise in viewers, following the shutdown of film productions due to the coronavirus pandemic.

Best Actor in a Supporting Role in a Drama Series (Male): Amit Sadh, Breathe: Into The Shadows