Drake comes to The Weeknd's defence over Grammy Awards snub

The Weeknd was completely ignored at the 63rd Grammy Awards nominations 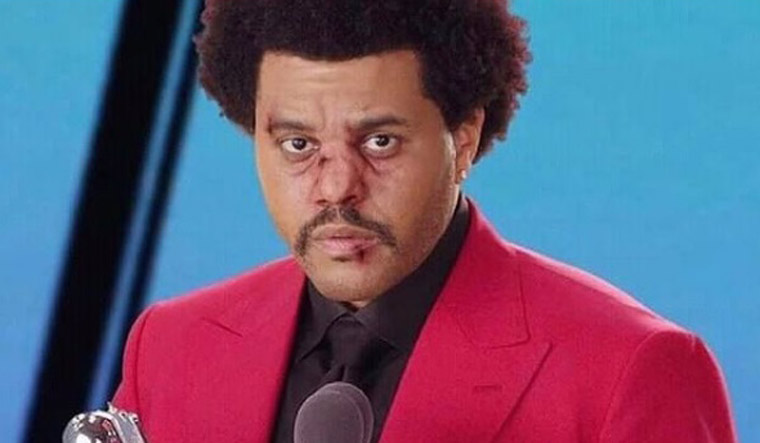 Singer-rapper Drake has appealed to the music community to "start something new" as a replacement of the Grammy Awards, a day after The Weeknd was shut out during the nominations by the Recording Academy.

In a glaring surprise snub, The Weeknd was completely ignored at the 63rd Grammy Awards nominations, despite having the biggest-selling album this year with 'After Hours'.

Sharing a statement on his Instagram Stories, Drake said it is time for musicians to move on from the Grammys.

"I think we should stop allowing ourselves to be shocked every year by the disconnect between impactful music and these awards and just accept that what once was the highest form of recognition may no longer matter to the artists that exist now and the ones that come after," Drake wrote.

"It's like a relative you keep expecting to fix up but they just can't change their ways," he added.

The 34-year-old rapper said he thought The Weeknd had been "a lock" for "album or song of the year".

"The other day I said @theweeknd was a lock for either album or song of the year along with countless other reasonable assumptions and it just never goes that way," Drake said.

The musician then mooted the idea for a replacement of the awards show, which were established back in 1959.

"This is a great time for somebody to start something new that we can build up over time and pass on to the generations to come," Drake wrote.

In a separate story, Drake said besides The Weeknd, rappers Lil Baby, Pop Smoke, Party Next Door and Popcaan were also snubbed during nominations.

"Too many missing names to even name..." he wrote.

The Weeknd, who was expected to rule the main categories, after picking up multiple awards at both the MTV VMAs and American Music Awards 2020, had called out the Recording Academy for ignoring him in the nominations.

"The Grammys remain corrupt. You owe me, my fans and the industry transparency," he whose real name is Abel Makkonen Tesfaye, tweeted after the nomination announcement.

Responding to the singer's accusation, Grammy chief Harvey Mason said though he too was surprised that The Weeknd did not receive any nominations, every year the number of artists vying for recognition at the "only peer-voted music awards" is much more than the nominations.

The Grammy nominations are multi-step process in which committees, which include veteran music professionals, make their decisions based on a shortlist handed down from a screening committee that considers thousands of submissions.