AOC plays Among Us with Ilhan Omar, Pokimane; Twitch stream gets over 4 lakh viewers

Congresswoman Alexandria Ocasio-Cortez made her Twitch debut with a bang 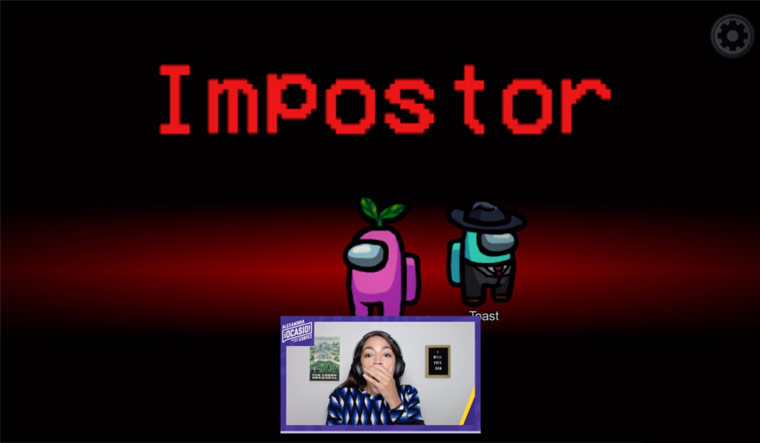 On Tuesday night, Democratic Congresswoman Alexandria Ocasio-Cortez (the U.S. Representative for New York's 14th congressional district) made her debut on Twitch—the streaming platform used mostly for gaming—in a game of Among Us, the popular videogame adaptation of the party game, Mafia. In the process, she set up the third most-watched stream of all time with over half a million concurrent viewers.

Unlike many members of Congress, Ocasio-Cortez, better known as AOC, is a known gamer—she used her time under lockdown to work her way up the ranks of League of Legends. It was natural then that she would try reach a younger, gaming audience through Twitch—which on average has over 2.4 million viewers watching streams on the platform at a time and over 17 million daily visitors.

AOC’s game alone then was a big chunk of Twitch’s audience on Tuesday night—and she did it for a cause: To encourage people to vote.

Join me, @pokimanelol, @hasanthehun, & more on Twitch TONIGHT as we help folks make a voting plan at https://t.co/TskRLfhCt3 and officially declare orange sus on Among Us 🍊

AOC joined fellow Congesswoman Ilhan Omar as well as well-known streamers Pokimane, CinnamonToastKen, HasanAbi and others for the game. The premise is that there are multiple crewmembers onboard a spaceship and one of them is an ‘imposter’ who must kill the others before they can complete their assigned tasks.

highlights from the @AOC among us stream - my love for this woman knows no bounds 💖 https://t.co/aZErKVAlVw pic.twitter.com/OCa06KMuob

In her very first game, AOC was picked as the Imposter along with CinnamonToastKen. While she managed to kill a couple of her crewmates, she was eventually caught and voted off the ship.

AOC is not the first member of Congress to take to Twitch: Vermont Senator Bernie Sanders joined the platform in 2019 in a bid to “tap into a potentially supportive audience”.

Donald Trump’s campaign had also turned to Twitch, where he has over 1.4 lakh followers. However, his account was temporarily banned from the platform in June for “hateful conduct”.

AOC had over 5.8 lakh followers on Twitch after her stream.

Her stream stopped short of becoming the largest-ever, beaten by Ninja’s record for an individual streamer (with over 6 lakh viewers at a time) during his game of Fortnite with artist Drake in 2018. With over 4.3 lakh concurrent viewers, her stream was the third-biggest ever among individual streamers.

She used the game to urge viewers to vote and also discussed the NHS with a few British streamers.