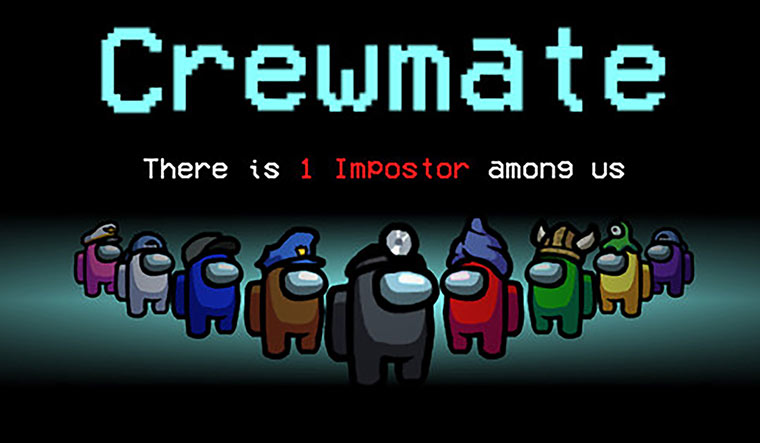 Much like the shelf-life of an idea, the shelf-life of a video game is indeterminate—you never know when its time will come (or come again). Six months into a global pandemic, many of us remain disconnected and separated from our friends, with the prospect of in-person get-togethers seeming increasingly unlikely.

Re-enter Among Us, a video game version of the popular party game ‘Mafia’—first conceptualised as a psychological experiment by Russian researcher Dimma Davidoff in 1986.

Among Us, released in 2018, is a multiplayer social deduction game that puts a bunch of players onto a spaceship, tasks them with seemingly menial but critical activities to keep the ship going, and randomly selects one or two of them as an Imposter who must murder crew members before they finish their jobs.

The Imposter looks the same as the other players, a sort of legged jellybean with a slightly frantic gait. If the Imposter gets close enough to another player, they can execute them in a variety of cutely-gruesome ways—from the classic knife to the back to the equally classic neck-snap. Once dead, players may not speak but they can continue to perform their tasks as ghosts.

Upon spotting a dead body or given reasonable suspicion, crew members can call an emergency meeting and attempt to identify and vote out the Imposter. This sparks a frantic round of whodunnit and leads to players accusing and defending each with increasing paranoia (but in good humour).

What makes for suspicious behaviour? What tells indicate that your friends could be lying to you? In-person, one would watch for a lack of eye-contact, micro-expressions or visual tells. In-game, perhaps the cute and helpless jellybean moves too ominously in your direction. Perhaps, you spot the Imposter not performing their tasks. Or perhaps they are too eager to accuse others at the meetings. The fun lies in the process.

With many of the biggest streamers on YouTube and Twitch taking up the game in recent weeks, it has found second life as a novel way of getting the gang back together again. Best played in combination with a group voice call, the game’s mobile versions (Android or iOS) are free, while the PC version costs Rs199.