'Nishabdham' was supposed to be a silent film, says Madhavan 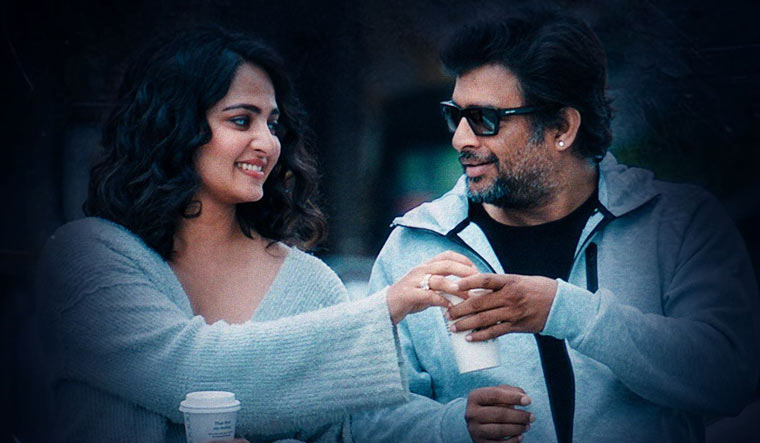 Actor R. Madhavan says the initial idea behind his upcoming release Nishabdham was to present it as a silent feature that would have ensured that it caters to audiences without any language barrier.

The actor, known for his over two-decade-long work in both Bollywood and South cinema, features opposite Anushka Shetty in the Hemant Madhukar-directed movie.

Madhavan said the idea had to be dropped as the team felt that the thriller elements of the story were being compromised.

"This movie was initially supposed to be a silent film. No dialogues. That was how it was conceived initially. So I thought that since it is a silent film, it will appeal to all audiences. It didn't have to be defined as a multilingual feature.

"But later on, we realised that we were not able to do justice with the story because there were some places where we needed dialogues to make the story clearer. That's when we decided to make it in Telugu, Tamil and Malayalam," the 50-year-old actor told PTI in an interview.

Nishabdham follows a speech and hearing impaired artist, named Sakshi (Shetty), who gets entangled in a criminal investigation when she unexpectedly witnesses a tragic incident that occurs in a villa with a reputation for being haunted.

Madhavan plays the role of Sakshi's husband Anthony, who is a celebrity musician.

The movie, which is set to premiere on Amazon Prime Video on Friday, marks the first outing for Hollywood star Michael Madsen in Indian cinema.

Madhavan said that though he had a very few scenes with Madsen, it was a wonderful experience of working with the actor, known for his work in movies such as Reservoir Dogs, Kill Bill series and The Hateful Eight.

"Lot of actors were considered for that role but in the end Michael Madsen was locked to our amusement. I wish that I was involved in all aspects of Nishabadam but as I was involved in 'Rocketry', I joined the cast just two weeks before the shooting.

"So he was already there and it was a very exciting time. My shoots with him were limited but it was really exciting to work with somebody like Michael Madsen."

Madhavan said that Nishabdham is in same vein as his 2009 feature 13B, which was also a psychological thriller.

"In 13B, we never did anything to spook the audiences. We scared them psychologically, which was the whole plan. It was planned on a psychological level completely. It was a three-year research in terms of how to play the scenes without cheating the audiences.

"Nishabdam also has that sort of the feel. It has a whodunnit kind of a feeling. It's a full commercial film, we've got the songs, the crime, the feel of a thriller. But it is made on a much bigger scale than 13B," he added.

The new film is his second project with streamer Amazon Prime Video after his 2018 series Breathe.

The actor believes that with OTT platforms, the content creators are able to take their work to global audiences but it also places added responsibility on them.

"With OTT, the barriers will definitely break as you're no longer pandering to local theatres only, in terms of releases, collections and opinions. You're going to 200 plus countries at the same time. This also means that you are going to be on your toes as they can reject instantaneously.

"If you can give them a great character and a story, then the appreciation will last for a long time. People remember theatrical releases for only or three weeks but on OTT, it stays for many years to come."

Madhavan, however, also believes that theatres will continue to remain relevant and in future, the makers of a particular project would have to decide which is the most appropriate medium for their story.

"We have to remember that the theatres are theatres. They are larger-than-life. So, we have to decide, as content creators and actors, whether a particular project is suitable for a theatrical release, television or OTT.

"The story should demand the medium where it must be presented. So if I want to put Breathe in theatres, then it won't work. It has to be an eight-episode series. It will develop over the course of eight episodes. Similarly, if you want to see Rehna Hai Tere Dil Me or 3 Idiots, you would ideally prefer to see them in theatres as it gives a community experience."