The film features Aparna Balamurali as the female lead 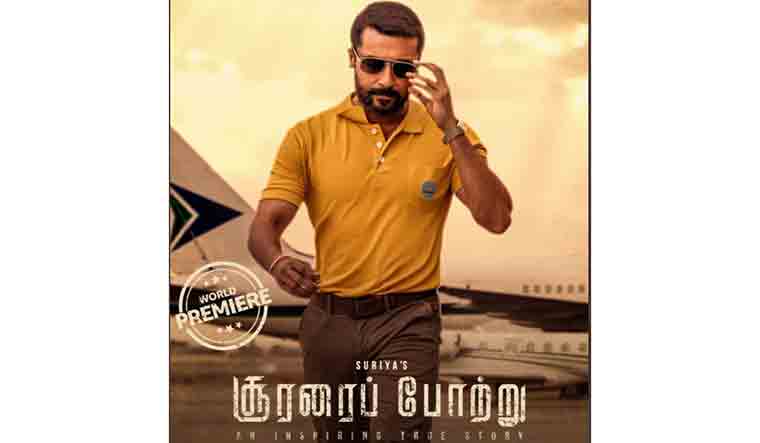 Tamil star Suriya’s Soorarai Pottru is all set to premiere on Amazon Prime Video. Helmed by Sudha Kongara, the film will premiere on October 30.

The film features Aparna Balamurali as the female lead. Soorarai Pottru is inspired by the life of Captain GR Gopinath, a retired Army captain, who founded the low-cost airline Air Deccan.

"I am glad that audiences across the world will be able to watch Soorarai Pottru, on Amazon Prime Video from their homes in these unprecedented times. This film is our labour of love and I am happy that it will now entertain the global audience," Suriya said in a statement.

The film is bankrolled by Suriya’s banner, 2D Entertainment and Rajsekar Karpoorasundarapandian, in association with Guneet Monga of Sikhya Entertainment.

The film missed its theatrical release amid the coronavirus pandemic.