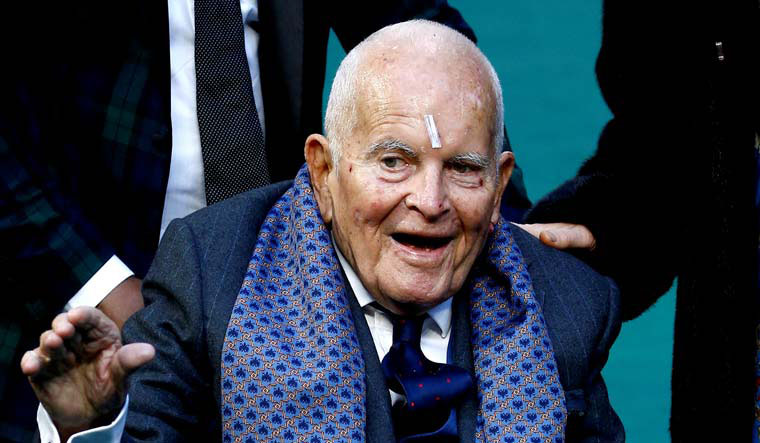 British actor, Ian Holm, known for his roles in Chariots of Fire and “The Lord of the Rings” died on Friday. He was 88.

Holm died peacefully Friday morning in a hospital, surrounded by his family and carer, his agent Alex Irwin said in a statement. His illness was Parkinson's-related.


A generation of moviegoers knows Holm as Bilbo Baggins in The Lord of the Rings and The Hobbit trilogies. He won a British Academy Film Award and gained a supporting-actor Oscar nomination for portraying pioneering athletics coach Sam Mussabini in the hit 1982 film Chariots of Fire.


His other movie roles included Father Cornelius in The Fifth Element, android Ash in Alien, a smooth-talking lawyer in The Sweet Hereafter, Napoleon Bonaparte in Time Bandits, writer Lewis Carroll in Dreamchild and a royal physician in The Madness of King George.

As a theatre actor, he won a Tony Award for best featured actor as Lenny in Harold Pinter's play The Homecoming in 1967. He won a 1998 Laurence Olivier Award for best actor for his performance in the title role of King Lear at the National Theatre.


Holm was knighted in 1998 for his services to drama.

Mia Farrow said he was “among the giants of the theater.” “We met while working at the RSC where, mid-performance of Iceman Cometh, terror seized him and he left the stage — for 14 years," she tweeted. “He worked in films and TV — unfailingly brilliant.”

Holm was married four times and had five children.