Want filmmakers to trust me with different characters: Jaideep Ahlawat

Jaideep Ahlawat has suddenly broken into the centrestage with Paatal Lok 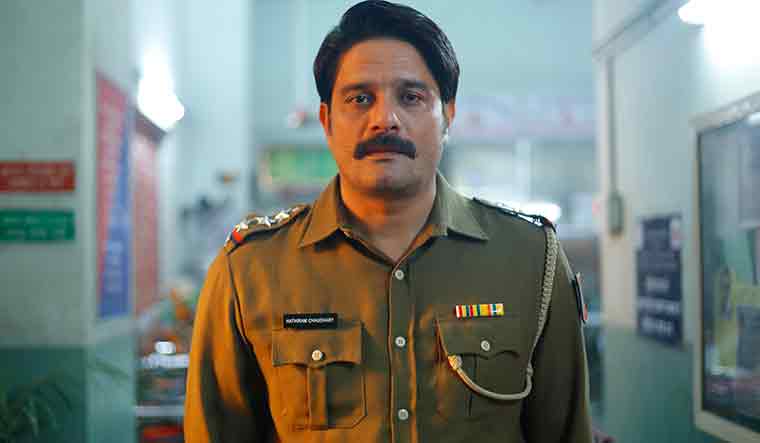 After years of struggling on the sidelines, Jaideep Ahlawat has suddenly broken into the centrestage with Paatal Lok and describes the experience in superlatives – “unreal, amazing and totally surprising”.

The praise for his portrayal of Hathiram Choudhary, a washed out inspector, has been overwhelming, said the actor who is hoping that the success of the Amazon Prime Video series will open up avenues for more challenging roles.

Written and created by Sudip Sharma, Paatal Lok features Jaideep as a weary, almost has been inspector who lands the case of a lifetime when four suspects are nabbed in the assassination attempt of a prime time journalist. "Sometimes I get overwhelmed with the compliments, but the happiness is radiating. I hope this gets me seen in a new light. I hope many think that I can also do vulnerable parts and not just macho, antagonist parts in which they've seen me," Jaideep said.

A popular director told him that Hathiram, beneath all the layers, is essentially a romantic guy and wondered why someone hadn't seen Jaideep in romantic roles. "I told him 'please write, I'll do it!' I hope people see many new characters in me. I am ready to work hard, do comedy, romance and action. Just give me that trust. I am just too hungry right now," said the 42-year-old.

Born into a Jat family in Haryana’s Rohtak district, Jaideep initially wanted to be an Army officer. It’s only when that did not work out that he turned to his other passion – acting. He got into the prestigious Film And Television Institute of India (FTII) and landed in Mumbai in 2008. There were bit roles in Akshay Kumar’s Khatta Meetha and Ajay Devgn’s Aakrosh but Jaideep first came to the public’s notice with his turn as muscleman Shahid Khan in Anurag Kashyap’s revenge drama Gangs of Wasseypur in 2012. That success led to roles in big films like Shah Rukh Khan's Raees, Akshay Kumar's Gabbar is Back and Kamal Haasan-starrer Vishwaroopam.

But it took another six years – with the role of senior RAW officer Khalid Mir in Meghna Gulzar’s 2018 film Raazi— for him to find his way to meaty roles in Lust Stories, Bard of Blood and Paatal Lok. "’Samay se pehle aur bhagya se jyada kuchh nahi milta’ (They say you don't get anything before time and more than fate). I truly believe that and have never felt the need to fight it out, to say 'why this didn't happen earlier’,” he said in a philosophical tone. "It's happening now and I feel good. The belief you see now in people's eyes is a reminder that what you were working hard towards has been accomplished. Now a new journey will begin."

The struggle phase, of doing roles and films in the hope of being noticed, is something every actor, including the likes of Irrfan Khan, Nawazuddin Siddiqui and Pankaj Tripathi, has gone through, Jaideep said. "We all go through the phase where the work is slow and we aren't sure if what we are doing will have returns in the future or if it'll reach people at all. You cannot fight that,” he said.

The only consolation, according to him, was that his work was always appreciated even when he did not have a bigger reach. "Thankfully, no one said I've done an awful job." Jaideep's inherent will to win finds resonance even in his "Paatal Lok" character.

"Hathiram got so much love because it's a story of every person who feels lost in some form of a system, be it from any field, journalism, corporate. It's just the uniform that's different. The feeling of being helpless remains the same... The same goes for the industry as well.

"But you can't be bitter about it. Change will happen only when you become positive. Hathiram reached a stage where he will die but give his all. Everyone at some point feels this and hence people have been able to relate with him so much," Jaideep added.

The best part of Paatal Lok has been that the audience is now going back and discovering his past work, including his cameo in films like Imtiaz Ali's Rockstar.

"It really feels good. To see that even those works, which you felt were good but perhaps never reached them, are being noticed,” he said. “I was told that it's a blink-and-miss part... They were looking for someone from Haryana. I worked for three-four days and it's amazing that people now are going 'Oh, he was here too!' That's the journey of an actor," he added.