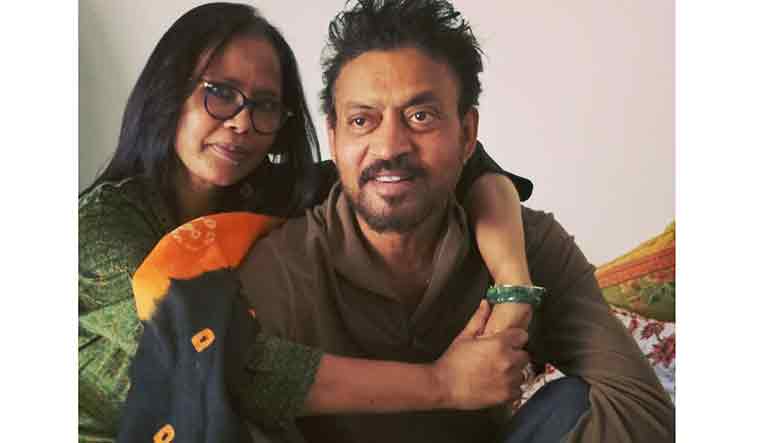 Irrfan Khan's wife Sutapa Sikdar took to Facebook to share a photo of the couple and a touching note for the prolific actor who passed away on April 29.

Khan, who was battling a rare form of cancer for the past two years, died at the age of 53.

“‘Out beyond ideas of wrongdoing and rightdoing there is a field. I’ll meet you there. When the soul lies down in that grass the world is too full to talk about.’ It’s just a matter of time…milenge baaten karenge…. Till we meet again,”Sutapa wrote.

Earlier, she had shared the link of Irrfan's 'favourite song', and wrote that though her eyes could not see him, he remained in her vision.

A day after Irrfan's death, Sutapa had shared a long heartfelt tribute for her husband. Sutapa said that Irrfan has ‘spoiled her for life’. “His strive for perfection doesn’t let me settle for ordinary in any thing. There was a rhythm which he always saw in everything, even in cacophony and chaos, so I have learnt to sing and dance to the music of that rhythm, even with my tone-deaf voice and two left feet,” she wrote.

She also wrote about the journey with cancer and thanked the doctors who had been by their side through it all.

Writing about her sons Babil and Ayaan, she had said: “I see my little family, in a boat, with both my sons Babil and Ayaan, paddling it forward, with Irrfan guiding them "wahan nahi, yahan se modo" but since life is not cinema and there are no retakes, I sincerely wish my children sail this boat safely with their father's guidance in mind and rockabye through the storm.”