Sikhs are saviours of women, he said 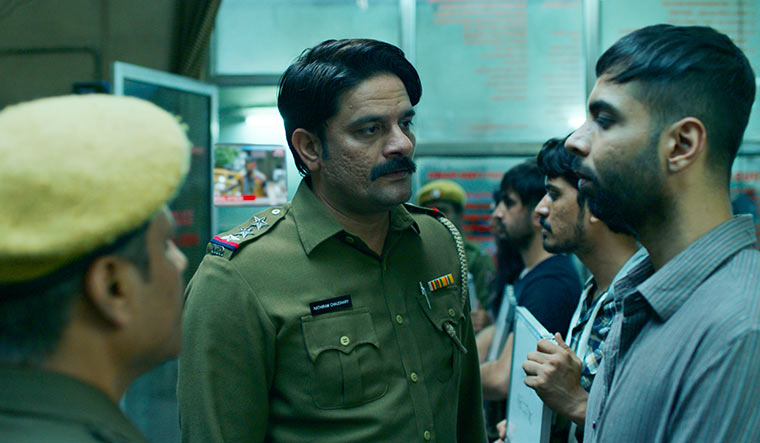 On Saturday, Manjinder Singh Sirsa, former Akali Dal MLA and Delhi Sikh Gurudwara Prabandhak Committee president, tweeted that the series must be banned for maligning ‘religious harmony’. Referring to a rape scene in the series, he said: “Sikhs are Saviours of women. The whole world recognises Sikhs for their Sewa and Humanity but shame on @AnushkaSharma @PrimeVideoIN for showing Sikhs as Rapists”.

This series must be banned and Amazon must be fined for their repetitive attempt to malign religious harmony in India @ANI @TimesNow @republic pic.twitter.com/PbJREdUbBw

In a video, he calls for a ban on the series, and threatens legal action for defaming the community.

We cannot allow @PrimeVideo to hurt our sentiments and faith; again & again
This agenda of hatred and painting our religion wrong must stop. I request @PrakashJavdekar Ji to ban this series@amazonIN must be fined for their repetitive attempt to malign religious harmony in India https://t.co/tyI9gEeF7a

Sirsa had earlier called for a ban on Netflix’s Sacred Games for hurting the religious feelings of Sikhs. This was in connection to a scene in which SaiF Ali Khan’s character throws a ‘kada’ into the sea. He had threatened to sue the makers of the series, including Anurag Kashyap if the scene was not deleted.

“I wonder why Bollywood continues to disrespect our religious symbols! Anurag Kashyap deliberatly puts this scene in #SacredGamesS2 where Saif Ali Khan throws his Kada in sea! A KADA is not an ordinary ornament. It’s the pride of Sikhs & a blessing of Guru Sahib,” he had said.

Produced by Anushka's Clean Slate Films, Paatal Lok features Jaideep Ahlawat, Neeraj Kabi, Gul Panag, Abhishek Banerjee, Swastika Mukherjee, among others. Earlier this week, a legal notice has been sent to Anushka over an alleged Nepali slur used in Paatal Lok. Bharatiya Gorkha Yuva Parisangh (BhaGoYuP), the youth wing of Bharatiya Gorkha Parisangh, had started an online petition demanding that a scene in the series should be muted and the corresponding subtitle is uploaded again with a disclaimer as the scene contains a sexual slur directed at the Gorkha community.