Who appointed Mukesh Khanna to be guardian of Hindu religion, asks Shatrughan Sinha 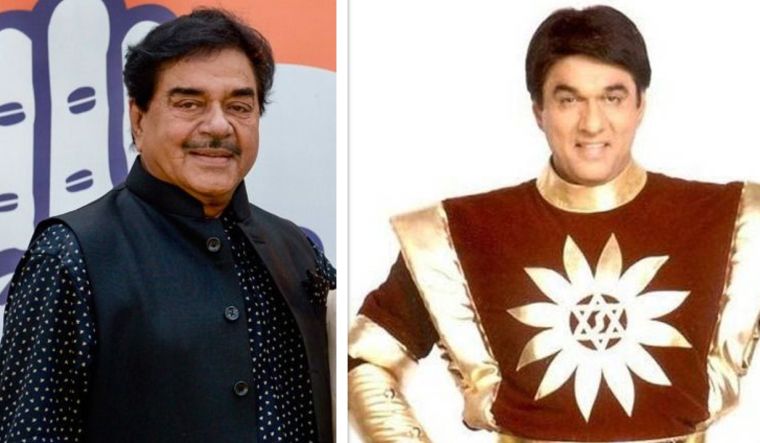 Mukesh Khanna, popular for his role as Shaktimaan in the eponymous Doordarshan television serial, had recently taken a dig at Bollywood actor Sonakshi Sinha, saying the ongoing re-runs of shows like Ramayan will be good for people like her who have no knowledge about Indian mythology.

Khanna, who had also played the role of Bhishma Pitamah in Mahabharat, had said, “I think the re-runs will be useful to many who haven’t watched the show earlier. It will also help people like Sonakshi Sinha who have no knowledge about our mythological sagas. People like her don’t know who did lord Hunuman get Sanjivani for.”

Sonakshi had failed to answer a question on Ramayan, on the TV show Kaun Banega Crorepati some time ago.

Coming in defence of his daughter, actor-politician and father of Sonakshi, Shatrughan Sinha lashed out at Khanna. “I believe someone has problem with Sonakshi not answering a question on the Ramayan. Firstly what qualifies this person to be an expert on all things to do with the Ramayan? And who has appointed him the guardian of the Hindu religion,” Bollywood Hangama quoted Sinha as saying.

He said he is proud that he named his daughter after a character in Ramayan and added that he is also proud of the fact that she became a star without his support. “I never had to launch her career. She is a daughter any father would be proud to have. Not answering a question on the Ramayan doesn’t disqualify Sonakshi from being a good Hindu. She doesn’t need a certificate of approval from anyone,” he told the entertainment portal.

Ever since Doordarshan has brought back yesteryear favourites Ramayan, Mahabharat and Shaktimaan, during the lockdown period, Khanna too was back in the limelight. Apart from Sonakshi, he had also targetted Ekta Kapoor, for ‘murdering Mahabharata’. He was referring to Ekta’s Kahaani Hamaaray Mahaabhaarat Ki that hit the small screen in 2008.