Trisha reveals why she opted out of Chiranjeevi's Telugu film 'Acharya'

Her last Telugu outing was the 2016 horror thriller Nayaki 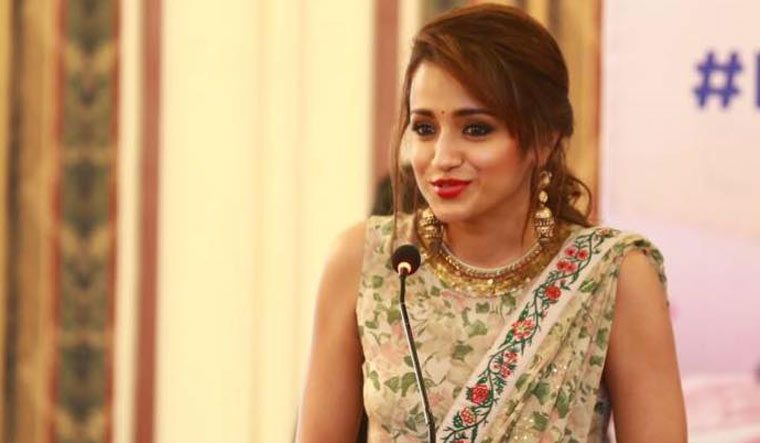 Actress Trisha on Friday announced that she has opted out of Chiranjeevi's upcoming Telugu film Acharya over creative differences.

The 36-year-old actor took to Twitter to confirm she's no longer a part of the project."Sometimes things turn out to be different from what was initially said and discussed. Due to creative differences, I have chosen not to be part of Chiranjeevi sir's film. Wishing the team well. To my lovely Telugu audiences- hope to see you soon in an exciting project," she tweeted.

Sometimes things turn out to be different from what was initially said and discussed.Due to creative differences,I have chosen not to be part of Chiranjeevi sirs film.Wishing the team https://t.co/sfaMfRrWmT my lovely Telugu audiences-hope to see you soon in an exciting project.

It's been four years since Trisha worked in a Telugu film. Her last Telugu outing was the 2016 horror thriller Nayaki. Acharya, which is being directed by Koratala Siva, was supposed to mark Trisha's reunion with Chiranjeevi after a decade. They had previously worked together in Telugu film Stalin, which was directed by A R Murugadoss.

The makers are trying to rope in actor Mahesh Babu to play an extended cameo in the film which has music by Mani Sharma. Recently, Regina Cassandra was roped in for a special appearance in a celebration song. The movie reportedly revolves around a middle-aged Naxalite-turned-social reformer who launches a fight against the Endowments Department over misappropriation and embezzlement of temple funds and donations.

To be produced by Konidela Production Company and Matinee Entertainments, the film marks the maiden collaboration of Chiranjeevi and Koratala Siva. The budget of the film is said to be at Rs 140 crore.