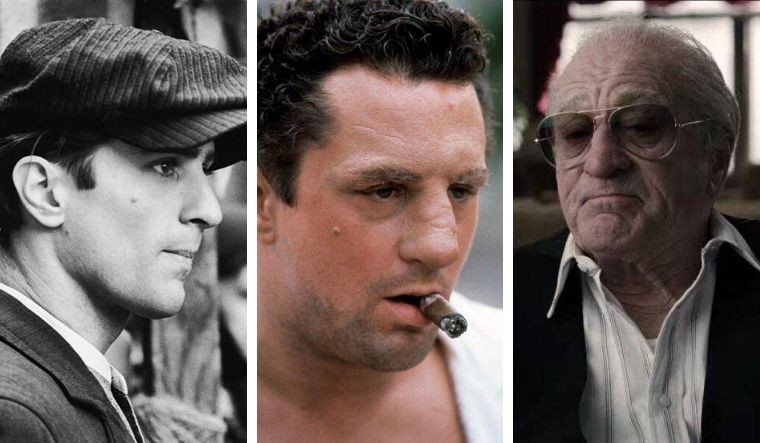 In 1974, Francis Ford Coppola’s The Godfather Part II turned Robert De Niro into a sensation. His portrayal of young Vito Corleone and his rise as the mafia kingpin garnered much appreciation and accolades.

De Niro’s journey since then was nothing less than phenomenal.

The Screen Actors Guild (SAG) honoured the 76-year actor with its Lifetime Achievement Award during the Guild’s annual award ceremony on Sunday. The recognition is undoubtedly a tribute to the works and achievements of De Niro, who recently starred in Martin Scorsese’s epic The Irishman.

De Niro’s legacy came to a full circle when he was cast in yet another Scorsese film, yet again sharing screen space with legends like Al Pacino and Joe Pesci. The Netflix release garnered rave reviews and is now in contention for the top honours at the 92nd Academy Awards.

De Niro has brought to life some of Hollywood’s most memorable characters, Frank Sheeran of The Irishman being the latest addition to this impressive list. His best performances have notably come out of his collaborations with Scorsese—Travis Bickle of Taxi Driver, Jake La Motta of Raging Bull, Jimmy Conway of Goodfellas, and Rupert Pupkin of The King of Comedy.

His breakthrough role came in Francis Ford Coppola’s sequel to the epic mafia film The Godfather. De Niro portrayed the young Vito Corleone in The Godfather Part II, a character immortalised by the great Marlon Brando in the first part. He received his first Academy Award statuette for Best Supporting Actor in 1975 for the role.

He followed this with the iconic role of Travis Bickle, a common working man whose mental equilibrium begins to fall apart due to his anger towards a world that he perceives as corrupt and unfair. Then there was La Motta. Scorsese’s sports drama saw De Niro portray La Motta, a self-obsessed boxer whose narcissistic behaviour causes his descent into self-destruction. Raging Bull won De Niro his second Oscar, this time for the Best Actor.

De Niro’s most celebrated roles have been in gangster films. In Goodfellas, considered the genre’s greatest movie to date, he portrayed the fearless gangster Jimmy Conway. He carried on his shoulders one of the pivotal roles in the film and played it to perfection. 1995’s Casino was yet another Scorsese mafia film in which De Niro played gambling expert Sam Rothstein. In the same year, De Niro starred in Michael Mann’s crime film Heat, a cat-and-mouse tale of a skilled robbery professional being hunted down by a dedicated cop. Heat marked De Niro’s first on-screen collaboration with Al Pacino—The Godfather Part II never had the acting greats on the same frame, as both of them played two different roles in two different time frames.

De Niro has tasted a fair share of success in the comedy genre as well. New York, New York, Meet the Parents, Midnight Run and Analyze This were some of the actor’s notable films in the genre.

With the Screen Actors Guild honoring De Niro with its Lifetime Achievement Award, the labour union of screen performers has given a worthy tribute to the septuagenarian actor, whose grace and finesse haven't withered with age. His recent performance in The Irishman asserts this.

De Niro, while receiving the award, also took time to reveal that his next film would be with Scorsese himself, this time partnering with the director’s another successful collaborator Leonardo DiCaprio. The film, titled Killers of the Flower Moon, is slated to go on the floor by March 2020.