Is it finally the end of the road for Apu? 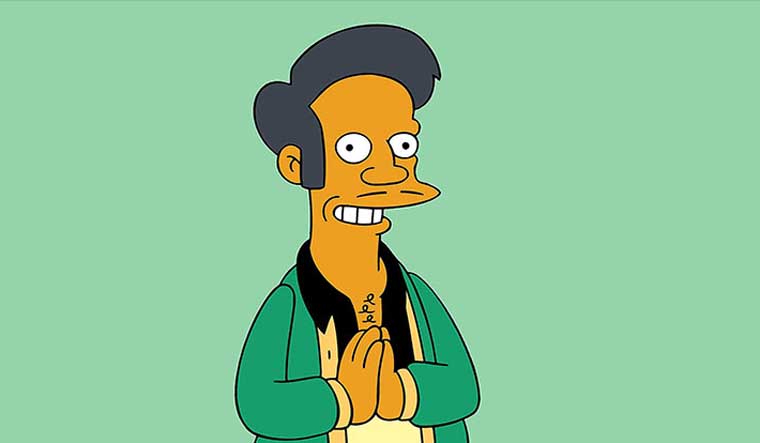 Hank Azaria, the renowned voice actor who has sounded out multiple popular characters on the long-running animated TV show The Simpsons, on Saturday announced he will no longer voice the Indian convenience store owner Apu Nahasapeemapetilon. "All we know there is I won't be doing the voice anymore, unless there's some way to transition it or something," Azaria said, reported CNN. "What they're going to do with the character is their call. It is up to them, and they haven't sorted it out yet. All we've agreed on is I won't do the voice anymore. We all feel like it's the right thing and good about it." What the statement means for the character in the show—many have claimed it spells Apu's inevitable end—remains a topic of discussion. Azaria's announcement was met with widespread dismay, with many urging him not to give in to the "woke left crowd".

Bruh. Everyone loved apu, but some shitty documentary seemed it offensive. Congratulations you boring prick https://t.co/a54h5RAePh

Scots don't get annoyed at Dan Castellaneta voicing Groundskeeper Willie or Hank Azaria voicing Bumblebee Man. Why should Apu be any different? The sooner people stop taking themselves so seriously the better. It's ruining so much.

Alright, snowflakes got Apu removed when he was one of the most sweetest, smartest and positive characters in the whole of The Simpsons, you better not be going for Groundskeeper Willie.

Grow the fuck up, realise it's a CARTOON that's based almost ENTIRELY around stereotypes.

I think less of Hank Aaria for caving to this. There was nothing wrong with Apu.

One of the longest running animated sitcoms on American TV—now into its 30th season—the show features a family of five—Homer, Marge, Bart, Lisa and baby Maggie—and their animated antics in the fictional town of Springfield. It featured an Indian character called Apu, who has had to grapple with the troubling stereotype of a convenience store clerk with an exaggerated, fake Indian accent, since the show started. He made his first appearance in the episode 'The TellTale Head'. Azaria's announcement comes after rampant criticisms of a stereotypical-bordering-on-racist portrayal of the South Asian community, brought into prominence after Hari Kondabolu called out the makers through his documentary, The Problem with Apu.

What the documentary claimed

Kondabolu had, in the 2017 documentary, berated the character as a gross stereotype of Indian immigrants, and for making their life hell as children. At a time when there was practically no representation of southeast Asians in the media, Apu and his catchphrase—“Thank you, come again”—cemented how the Indian immigrants were viewed in the US, he said. The worst thing, says Kondabolu, was that the character was voiced by a white actor Hank Azaria. “It was like a white guy doing an impression of a white guy making fun of my father,” he said in the documentary. “To me, it was less about The Simpsons. With Apu, it was personal. I was pointing more to a lack of representation of southeast Asian comedians in media, and how a single character can cement an impression for generations,” says Kondabolu, in conversation with THE WEEK.

The documentary featured the voices of prominent Indian Americans in the show business like Kal Penn and Hasan Minhaj, even including Vivek Murthy, the first Indian American surgeon general in the United States.  Bollywood star Priyanka Chopra, on Apu, said it "was the bane of my life" during her high school days in the US. "He was the bane of my life growing up. I was always asked when I was in high school like at 14, 15 why I didn't speak like that or did I find gold in my rivers? Did we go to school on elephants. I always had questions like that," the 35-year-old actor said on talk show The View. "A lot of people are talking about, 'Oh, the show was so successful for 30 years; why are we suddenly waking up and being offended by a character that everyone loved?' People say that The Simpsons makes fun of every race". While Chopra agreed that's true, she argued that Apu long served as the only Indian representation on American TV, and that much has changed since the show premiered in 1989.

Azaria and the showmakers respond

The Problem with Apu sparked a nationwide debate on the topic. While The Simpsons creators left cutting replies to Kondabolu's documentary, Azaria said in a 2017 segment of The Late Show With Stephen Colbert that he was ready to step down from the show. Said Azaria, “I really want to see Indian, south Asian writers in the writers’ room…including how [Apu] is voiced or not voiced. I’m perfectly willing to step aside.”

"The idea that anybody, young or old, past or present, was bullied or teased or worse based on the character of Apu on The Simpsons, the voice or any other tropes of the character is distressing," said Azaria, on a different occasion. "And especially in post 9/11 America, the idea that anybody was marginalised based on it or had a hard time was very upsetting to me personally and professionally. So that it caused any kind of pain or suffering in any way, it's disturbing, actually." Azaria said The Simpsons exists on that fine line between what's funny and what's insulting. "The Simpsons over the years has been pretty humorously offensive to all manner of people—Republicans, Brazilians, presidents, high school principals, school principals, Italians, you name it," he said.  "And they take a lot of pride over there in not apologising for any of that. I think, over the years, they have done a really good job of being, shall we say, uniformly offensive without being outright hurtful."

But, the Simpsons showrunners had then claimed there was "no nuance" in the conversation and that Apu would continue. Tweeted The Simpson's executive producer Al Jean: "I truly appreciate all the responses pro and con. Will continue to try and find an answer that is popular and more important(ly) right."

An April 2018 episode of the Simpsons attempted to address the issue, to another bout of outrage. The character Lisa responded while Marge [her mother] read her a bedtime story.  "Something that started decades ago and was applauded and inoffensive is now politically incorrect. What can you do?" said Marge. Lisa then looked over at a framed photograph of Apu, which has the line: "Don't have a cow!" written on it. Marge responded: "Some things will be dealt with at a later date," To which, Lisa said: "If at all."

The statement was tantamount to sweeping all criticisms under the carpet. Kondabolu expressed his disappointment in a tweet: “The Simpsons response tonight is not a jab at me, but at what many of us consider progress,” he criticised.

Redrawing the lines of the culture war

An op-ed war soon followed. Wrote Kishor Napier-Raman in The Junkee, "The Simpsons’ reframing of the discussion around Apu speaks to a more important trait all too common among well meaning white liberals—a stubborn refusal to take accountability for one’s own racial biases. The episode [Lisa's response] seems like a huge cop-out, and a cynical attempt to deflect attention away from Kondabolu’s legitimate conversation starter. Instead of a serious consideration of how minorities are represented on TV, we got a milquetoast whine about ‘political correctness’ more reminiscent of a Fox News talking head than a show that has prided itself on years of smart, incisive commentary on the banalities of Middle America."

Popular political talk show host Bill Maher, who hosts Real Time on HBO, weighed in on the conversation, claiming too much "political correctness"in the conversation. In an episode of his show, he claimed, as reported by Deadline: “If you spend your time combing through old TV shows to identify stuff that, by today’s standards, looks bad, you’re not ‘woke’, you’re just a douchebag. You can’t enjoy any music, movies or TV from ‘back when’ for any length of time without seeing something we just don’t do any more. But aren’t we adult enough to separate what we like about an old movie from what we don’t?” Maher continued. We can watch Big as a movie about a kid who becomes an adult, not as a movie “about a grown woman who fucks a 12 year old.”