Priyanka Chopra: Was bullied as a child because of Apu on 'The Simpsons' 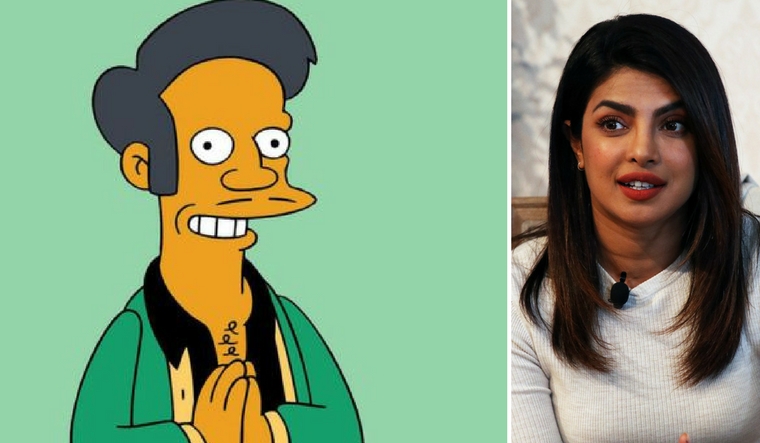 Bollywood star Priyanka Chopra is the latest celebrity to react on the controversial character Apu from The Simpsons, saying it "was the bane of my life" during her high school days in the US.

The Simpsons came under intense scrutiny after Hari Kondabolu's documentary The Problem with Apu highlighted the stereotypical depiction of Indian immigrants in Hollywood.

"He was the bane of my life growing up. I was always asked when I was in high school like at 14, 15 why I didn't speak like that or did I find gold in my rivers? Did we go to school on elephants. I always had questions like that," the 35-year-old actor said on talk show The View.

"A lot of people are talking about, 'Oh, the show was so successful for 30 years; why are we suddenly waking up and being offended by a character that everyone loved?' People say that The Simpsons makes fun of every race". While Priyanka Chopra agreed that's true, she argued that Apu long served as the only Indian representation on American TV, and that much has changed since the show premiered in 1989.

"What happened from that time to now, the population of Indian-Americans in America has tripled since that time. So the voice is louder, representation and the demand for representation for people of colour is louder. There is the internet and the media where people can have a conversation," Priyanka Chopra said.

The Quantico actor added that the fact the show is "super successful... gives it more responsibility".

The longest-running American animated sitcom, The Simpsons had recently addressed the criticism over Apu's characterisation in the episode "No Good Read Goes Unpunished".

The show, however, failed to pacify the viewers and was slammed on social media for its tone-deaf response to the controversy.

Following the controversy, Hank Azaria, who voices Apu Nahasapeemapetilon on the series, had also offered to step away from the role.