Parineeti, Rajkummar to Prithviraj: How celebs reacted to Jamia protests 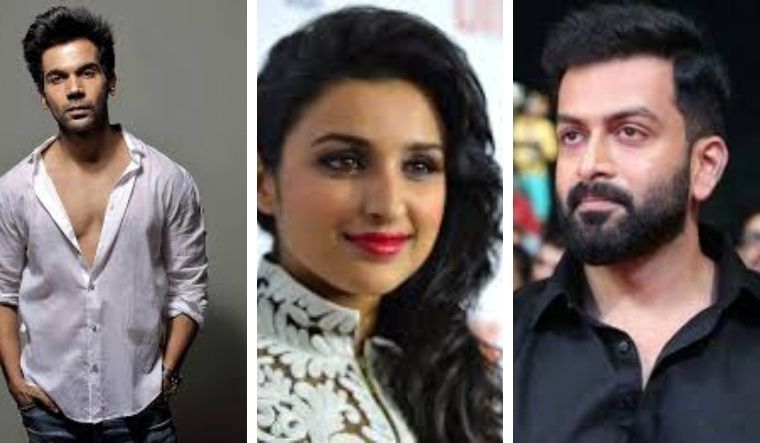 As the nation sees widespread protests against the Citizenship(Amendment) Bill (CAA), several celebrities have condemned the crackdown inside Jamia Millia University. Bollywood actors like Swara Bhasker, Vikrant Massey and Richa Chadha, Mollywood actors Tovino Thomas, Parvathy Thiruvoth, Prithviraj Sukumaran, and Tamil actor Siddharth are some who have openly voiced their protest against suppressing voices of dissent in the country.

In Bollywood, Swara Bhasker who has always openly voiced her opinions, was one of the first to lash out at the Bill when it was first tabled in Lok Sabha. Actress Parineeti Chopra tweeted against the beating up of students in Jamia Millia. She wrote: “If this is what’s gonna happen everytime a citizen expresses their view, forget #CAB, we should pass a bill and not call our country a democracy anymore! Beating up innocent human beings for speaking their mind? BARBARIC. (sic)” Swara lauded her for taking a stand.

Director Anurag Kashyap took to Twitter to voice his anger against how the students were handled, and called the government 'fascist'. Actor Rajkummar Rao also condemned the violence. “In a democracy the citizens have the right to peacefully protest.I also condemn any kind of act of destruction of the public properties. Violence is not the solution for anything!" he tweeted.

This has gone too far.. can’t stay silent any longer . This government is clearly fascist .. and it makes me angry to see voices that can actually make a difference stay quiet ..

Actor Ali Fazal said now was not the time to stay silent.

Its funny,i felt hey ali lets play it safe all these years. And now i cant. a lot of my colleagues may not speak up at all.But i pray we all realise there is no job no career above humanity. socho, aur time kam hai toh act fast.irrespective of your political ideologies right now

Akshay Kumar, who is known to be a BJP supporter, found himself in a tight spot after he accidentally 'liked' a video of students being attacked. “Regarding the 'like' on the tweet of Jamia Milia students, it was by mistake. I was scrolling and accidentally it must have been pressed and when I realised I immediately unliked it as In no way do I support such acts,” he tweeted later.

Regarding the ‘like’ on the tweet of Jamia Milia students, it was by mistake. I was scrolling and accidentally it must have been pressed and when I realised I immediately unliked it as In no way do I support such acts.

From the south film industries, actor Siddharth who has always been a vocal critic of Modi and the BJP's policies, took a veiled dig at Amit Shah and Modi, comparing them to Shakuni and Duryodhana.

Actor Tovino Thomas tweeted: “The more they try to repress, higher the uprising will be.”

While many actors and filmmakers have spoken up, what stands up in stark contrast is the utter silence of the many of superstars like Amitabh Bachchan, Shah Rukh Khan, Rajinikanth, Mammootty and Mohanlal.

When asked about the Jamia protests during the audio launch of his next film Darbar in Mumbia, Rajinikanth averted the question and said that 'this wasn't the right platform' to talk about it.