Raised my kids on Om Shanti Om, we sing its songs on Christmas: Zeta-Jones 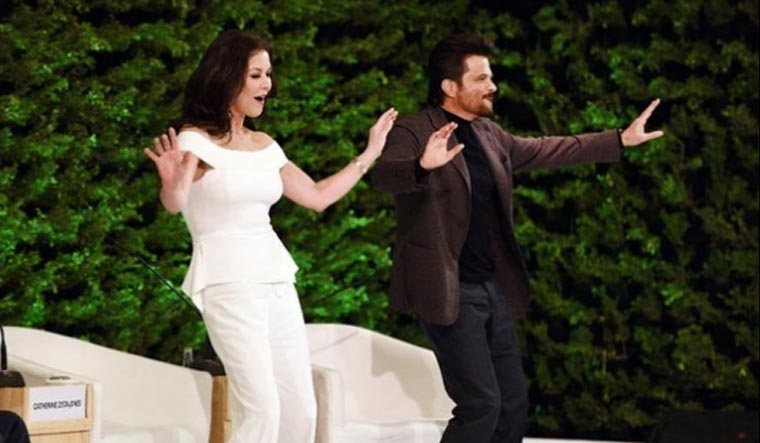 Director Farah Khan may have just found the right person to act in a hypothetical Om Shanti Om 2.

Saying just that, the Om Shanti Om director shared a video of Catherine-Zeta Jones and Anil Kapoor dancing to the song ‘Deewangi Deewangi’ from the 2007 film.

Khan posted the clip saying “Got my cast for OSO2 😂😂😂Epic!! @anilskapoor n @catherinezetajones dance to my song!! #jhakaaasss”.

Zeta-Jones also shared the video, saying she had a brilliant time in India. Anil Kapoor commented on the video saying “You nailed the steps in full Bollywood style. It was lovely meeting Michael and you today. It was a summit to remember!”

Zeta-Jones was attending the Hindustan Times Leadership Summit with her husband Michael Douglas, when she revealed her obsession with the film, saying she was a big Bollywood fan.

“My kids have been brought up singing Om Shanti Om...On Christmas everyone in our country sings Christmas carols, our house sings all the songs from Om Shanti Om.”

The added that she knows the film verbatim.

Interestingly, she said it would make a great Broadway musical, but expressed regret that she could not act in such a production as she was not Indian.

Zeta-Jones is best known for starring in the 1999 heist film Entrapment. Most recently, she played a leading role in theQueen America web series on Facebook Watch.