The academy aims to promote good films and writing about them 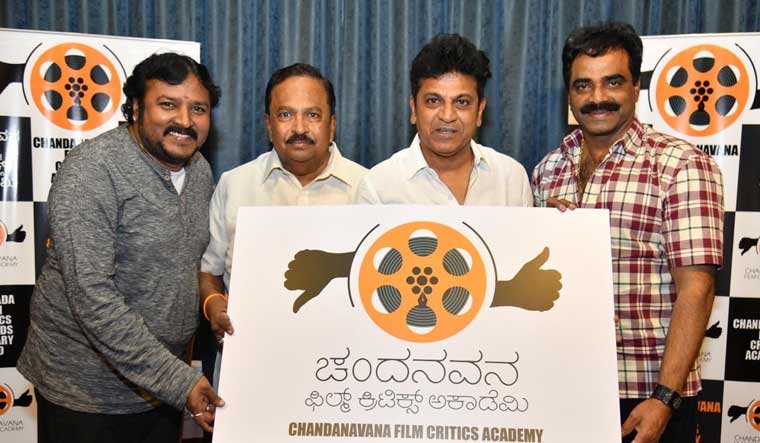 Constructive criticism is good for the progress of a society. In the world of arts too, critics are the ones who help a confused consumer make the right choice. When a film industry like Sandalwood produces nearly 200 films a year, a cinema goer has to depend on critics of his or her choice to zero in on what to watch.

Chandanavana Film Critics Academy, which was launched on Tuesday in Bengaluru by Sandalwood star Shiva Rajkumar, is the premier forum for film writers who contribute to newspapers, magazines, television and web portals. The academy plans to host the critics awards for best Kannada films from next year.

'Chandanavana' is the Kannada translation of the word 'Sandalwood'.

Yathiraj, a senior film journalist and one of the founding members of the academy, said, "We wanted to create an atmosphere for fair film journalism which will promote good films and transparency in film awards. Setting up the academy is first step towards it."

Speaking after releasing the logo of the academy, actor Shiva Rajkumar said, “As an actor I have learnt a lot by listening to my critics who wrote on all aspects of my films. Academy constituting awards will be a great thing to Kannada films and they have my support."

Kannada film journalists have long been trying to unify the staff writers of news houses who report on Sandalwood films, freelance film writers and critics. The academy is the first step towards the purpose. There are also plans to host seminars for film reporters, workshops for young writers, and annual film awards, which will be selected by eminent film critics.

Keeping in mind the growing popularity and influence of television programmes, the academy is also planning to set up Kannda television awards in the future.