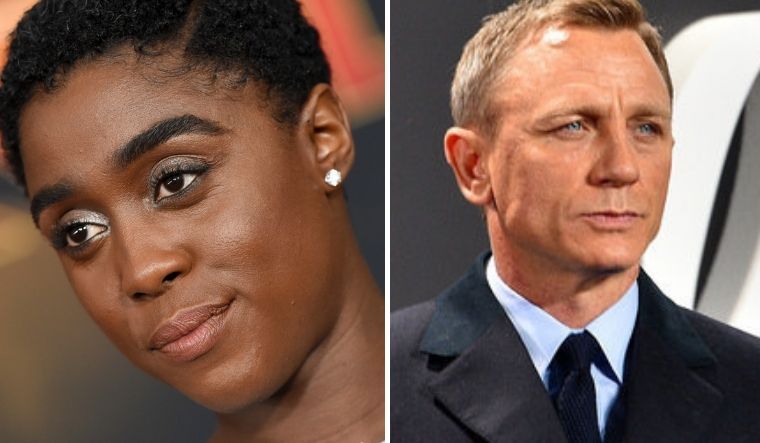 With Daniel Craig quite explicitly stating his desire to move on from being the legendary James Bond (“I’d rather slash my wrists than play Bond again” he had said in 2015), the coveted role has been up for grabs. As names of fan favourites like Tom Hardy and Tom Hiddleston were thrown in the lot, some wondered about the possibility of a coloured 007 or perhaps a female one.

It’s both—comes the answer from the filmmakers now. After seven male white actors played 007 for half a century, the licence to kill has now been passed on to Lashana Lynch, acording to reports. The actress familiar to the big screen through her breakthrough role as Maria Rambeau in Captain Marvel will play the brainchild character of feminist TV writer Phoebe Walker – Bridge in the 25th instalment of the franchise. Walker Bridge who has earned a reputation that precedes her with the huge success of her shows Fleabag and Killing Eve was reportedly brought in by Craig to spruce up the script to the needs of the zeitgeist.

“[The franchise] has just got to grow. It has just got to evolve, and the important thing is that the film treats the women properly,” she says of the 58 year old epochal espionage. And it seems like changes are about off screen as well, as the term “Bond Girls” is now apparently banned on set.

But she insists that although the script is a revamped one, it is not a reworking of the iconic character. Lynch is not the new Bond. Craig will reprise the role in the 2020 movie and Lynch will play an entirely new character who is only given the iconic code following Bond’s retirement at the end of Spectre. She is not the controversial and much debated about Jane Bond.

But the explanation seems to have not done much to mollify certain groups of offended fans who have taken to social media, calling the decision “a big mistake” and the reason for their “lost interest”. Another one bites the dust they seem to say as they bring up the examples of the reworked, female casted Ghostbusters and Oceans 8 that had failed to deliver. “Just not impressed with a longstanding and well loved franchise being sold down the river in order to pander to the politically correct woke crowd,” said one twitter user while another called the supposed distinction between Bond and 007 absurd as both have practically been synonymous since 1962.

But at the same time, support has also been abundant as majority of the fans, including many celebrities have expressed their joy in what they see as an exciting change. They are of the opinion that the harsh critics come from a position of prejudice and are jumping the gun as the movie isn’t even out yet.

@007 I’m all for gender equality but this is just going too far. James Bond has been a male lead movie for decades and now it will be ruined. We all saw what happened with Ghostbusters and Ocean’s . There are just certain roles that shouldn’t be messed with.

Props to the makers of James Bond for simultaneously ending sexism & racism.

The bias was most evident in the case of Idris Alba who had been among the top contenders to don the suit as the newest Bond. He had opened up earlier in the year about the backlash that he had received for the same merely because of his skin colour. In such a context, the casting of Lashanna Lynch is a brave response to the nay sayers. With black women playing legendary roles from MJ in Spiderman to Ariel in Disney’s upcoming live-action Little Mermaid, many welcomed Lashana Lynch’s 007 as the newest addition to a long-awaited revolution in mainstream cinema.