Bigg Boss Tamil viewers form 'army' for Losliya. Is she the new Oviya? 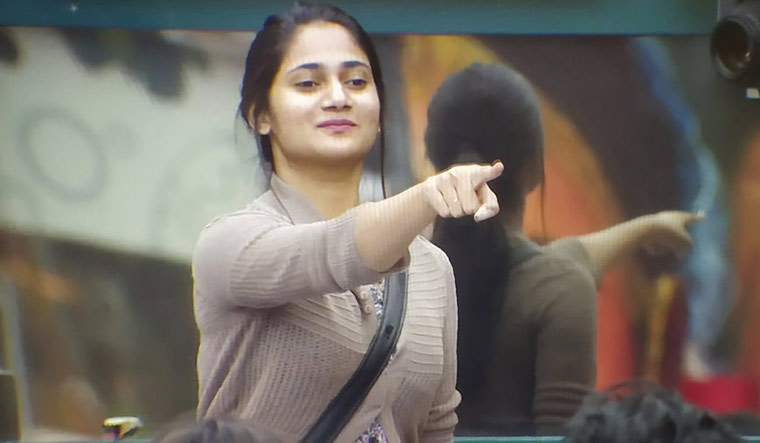 While the initial attractions for the first season of Tamil Bigg boss was certainly its host, Kamal Haasan, and popular actor Namitha who was one of the participants, soon viewers of the show found a participant they could rally behind—Oviya Helen, better known as Oviya.

As the number of her supporters grew, they began flooding social media with memes and discussions in support of Oviya. Her supporters came to be known as Oviya army. It was her assertive nature that won her followers. She had even dared to ask fellow contestant and popular comedian Ganja Karuppu to shut up. She was also being praised for being an honest contestant and keeping away from schemers.

As the third season of the show is going on well with its share of drama, altercations and fights, it appears that the viewers have found their new Oviya. It is none other than contestant Losliya. Also known as Losli, Los, and Losliya Mariya among her fans, Losliya Mariyanesan is news reader hailing from Sri Lanka. She has worked with an IT company before becoming a news anchor. She now works for Shakthi TV. Her fans are now being known on the internet as 'Losliya army'.

Losliya was the second contestant to enter the Bigg Boss house this season. There is already a fan page for her on Twitter with over 10,000 followers and another one on Facebook with over 19,000 followers.

Oviya attracted fans and followers with her assertiveness and honesty, but it is Losliya's decision to stay away from conflicts and her friendly nature that have attracted Bigg Boss Tamil viewers. She has chosen to mingle with everyone in the house instead of trying to form groups or be part of such groups. Well, it also helped that she is a graceful dancer.

But not everyone is impressed. Many of Oviya's fans expressed their displeasure at the comparison between Oviya and Losliya saying both are starkly different in their nature and attitudes.