Bigg Boss Tamil 3: Was Rajinikanth's portrait removed from the house? 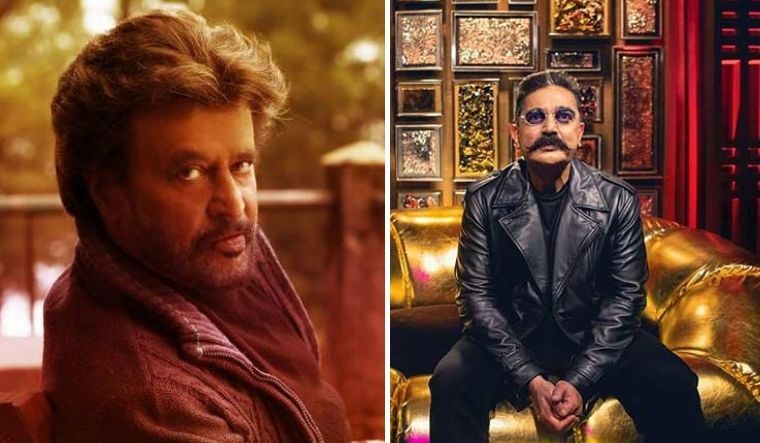 Bigg Boss Tamil season 3, hosted by Kamal Haasan, has stirred another controversy with reports of a picture of superstar Rajinikanth being removed from the house. According to reports, a large portrait of Rajinikanth's look from Petta, was initially part of the Bigg Boss Tamil house. However, when the show aired, the portrait was missing. The makers of the show have not released any official comments.

Having stayed at #BiggBossTamil3 house for a day last week, I am surprised that @rajinikanth portrait painted on the wall has been removed now. @vijaytelevision

This has triggered a war of words between Rajinikanth and Kamal Haasan fans on social media. With Thalaivar fans taking to social media to proclaim that the actor cannot be removed from their hearts, politics is also finding a place in the argument. Rajinikanth fans are trolling Kamal Haasan, who took the political plunge, 'lost his money and returned to Bigg Boss season 3'. Rajinikanth fans, on the other hand, are hailing the actor's humanitarian gesture with his party Rajini Makkal Mandram, distributing water through tankers to areas in Chennai, worst-hit by the water shortage.

I think God's photos were not allowed inside that place... So they might have removed... There is better place for Thalaivar to stay, in our hearts 🥰🤟🤟🙏

Dear @bharath1 I respect you a lot but you have started an unnecessary argument between Kamal and Rajini fans and some hyenas are making use of it. In Season1 @ikamalhaasan dedicated an entire day for Padayappa costume show. Pls remember that.

The third season of the much awaited Bigg Boss Tamil kicked off on Sunday, with the actor-turned-politician Kamal Haasan returning as host for the third season also. The first season of Bigg Boss Tamil, which also marked the debut of Kamal Haasan on television, had 15 contestants and four more celebs got wild-card entries. In the second season, 16 people entered the house and only one contestant was given wild-card entry.

The third season was caught up in another row before it started airing—a plea was filed in the Madras High Court seeking a direction for constitution of a panel to censor television programmes and restrain Star Vijay channel from broadcasting the show Bigg Boss. "Particularly, Bigg Boss show hosted by actor Kamal Haasan is being telecast with abusive content only with the view to increase the TRP ratings and get monetary benefits without any social responsibility," petitioner advoctae K.Suthan had submitted.