Met Gala 2019: Everything you need to know 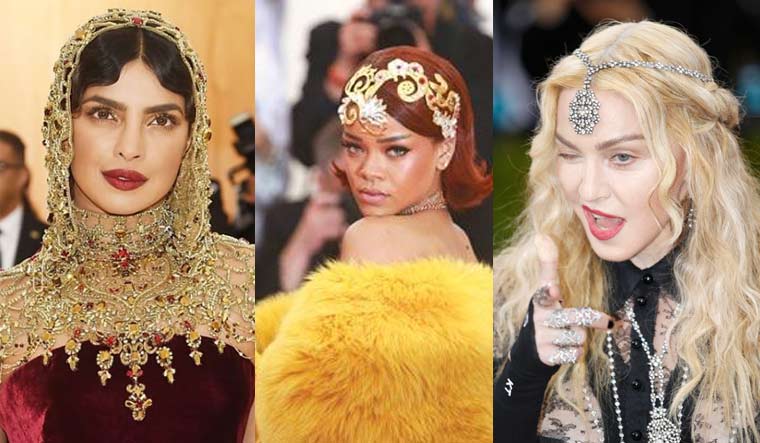 Priyanka Chopra, Rihanna and Madonna have made some notable Met Gala appearances in the past | Instagram; Reuters

In case you’ve been living under a rock and don’t know what the Met Gala is, here are some basic deets to help you catch up.

The Met Gala is hosted on the first Monday of May every year. It is a highly prestigious fashion event that is much anticipated and looked forward to throughout the year. The event will have Hollywood’s biggest stars and prominent fashion designers on the guest list.

The Met Gala, often called Met Ball, is a fundraising gala for the benefit of Metropolitan Museum of Art’s Costume Institute in New York City. It is the main source of funding for the department. The event marks the opening of the Costume Institute’s annual fashion exhibit.

The event was first held back in 1948. It was founded by publicist Eleanor Lambert. At the time, it was called “The Party of the Year”. It was held to encourage donations for the Costume Institute by targeting high profiled individuals of New York.

Every year, the exhibition has a theme which is decided in advance. The guests are expected to adhere to the theme with their choice of outfits. This, undoubtedly, is the most exciting part. Renowned figures have made major statements with their outfits for the night.

For the past few years, US Vogue editor-in-chief Anna Wintour is in charge of the Met Gala and gets to decide on who gets invited. The event is a strict invitees-only event.

Rihanna, Beyonce, Priyanka Chopra and Lady Gaga are some of the notable celebrities, who are known for making iconic statements with their choice of fashionable regalia, and mostly looked forward to seeing by the public.

Flashback to 2018, when the theme was “Heavenly Bodies: Fashion and the Catholic Imagination”. As anticipated, last year’s Met Gala was highly controversial. Even though the Vatican had approved of the exhibit, several Catholics expressed their anger and frustration with what they felt as their religion being made into a fashion statement. Similarly, the Met Gala throughout the years have had a reputation for being controversial.

Rihanna wore an outfit mimicking the Pope’s regalia in 2018. Her outfit caused controversy with Catholics claiming she disrespected the Pope and their religion. 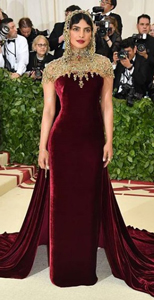 This leads us to this year’s theme. The theme for the Met Gala 2019 is *drumrolls please* ‘Camp: Notes on Fashion’. This might sound confusing. Camp in this context is unknown to most of us. The theme is based on Susan Sontag’s 1964 essay Notes on ‘Camp’, which is widely credited to have introduced the notion of ‘Camp’ to the mainstream.

So, what exactly is Camp?

Camp, as defined by Merriam-Webster, is “something so outrageously artificial, affected, inappropriate, or out-of-date as to be considered amusing; a style or mode of personal or creative expression that is absurdly exaggerated and often fuses elements of high and popular culture.” This is what Sontag meant by Camp in her essay.

Still confused? In fashion, Camp suggests an over-the-top appearance, which may often seem outrageous and frivolous, but has a deeper meaning to it. Artifice and exaggeration are defining element of camp. It is also about blurring the distinction between high and low art.

Andrew Bolton, the Costume Institute’s Head Curator told New York Times: “We are going through an extreme camp moment, and it felt very relevant to the cultural conversation to look at what is often dismissed as empty frivolity but can be actually a very sophisticated and powerful political tool, especially for marginalised cultures.”

Camp can be used as a verb too. The theme gives immense opportunity for personal expression and individuality through extravagant clothing. Historically, Camp has also been closely associated with queer culture. Subcultures, such as drag, immensely make use of Camp. Its art often revolves around expressing one’s queerness. So, for all the queer folks out there, tonight’s Met Gala might be something you want to check out.

The exhibition for tonight is designed by Belgian scenographer and lighting designer Jan Versweyveld. He got renowned for creating David Bowie’s “Lazarus”.

The exhibition will be split in two parts. One focuses on the origins of camp, which Bolton will explore through Victorian slang, the Stonewall riots, and the use of the word “as a language in the queer community”.

The other part focuses on how the contemporary designers interpret “camp”, seeking inspiration from Balenciaga and Miuccia Prada.

Lady Gaga has already made headlines today with her Pre-Met Gala dinner dress. This seems like a simple glimpse of Camp fashion which is going to be a thousand times more exaggerated (as it definitely should) tonight at the Red carpet. Gaga, known for her unique taste in fashion, is raising the bar high for everyone.

The exhibition will feature 175 pieces of art which includes clothing, paintings, sculptures and illustrations.

Tonight’s exhibition will take place in the Met’s Iris and B. Gerald Cantor Exhibition Hall. Previous exhibitions of themes “Alexander McQueen: Savage Beauty” and “Rei Kawakubo/Comme des Garçons: Art of the In-Between” have been presented in this Hall. This is a special location for those who closely follow Met Gala throughout the years.

Every year, Anna Wintour will choose prominent figures in popular culture to serve as her co-chairpersons for the event. This year, her co-chairs would include Lady Gaga, Serena Williams, Harry Styles and Alessandro Michelle (Gucci Creative Director). Gaga and Styles will also be the co-hosts for tonight.

The entire event for tonight is sponsored by Gucci.

Stars will start arriving on the red carpet from right before 7pm to 8pm, with Hollywood’s biggest names arriving closer to 8pm.

Tonight, artists, actors, musicians and models will come together to celebrate art and kickstart the fashion world’s iconic exhibition.

We can’t wait to see the headline grabbing, jaw dropping outfits that we might come across tonight. The theme of Camp fashion leaves us hoping for extravagance at its finest.