Technology sector see slowdown in hiring for next two quarters

However, certain segments like digitisation, 5G may see hiring 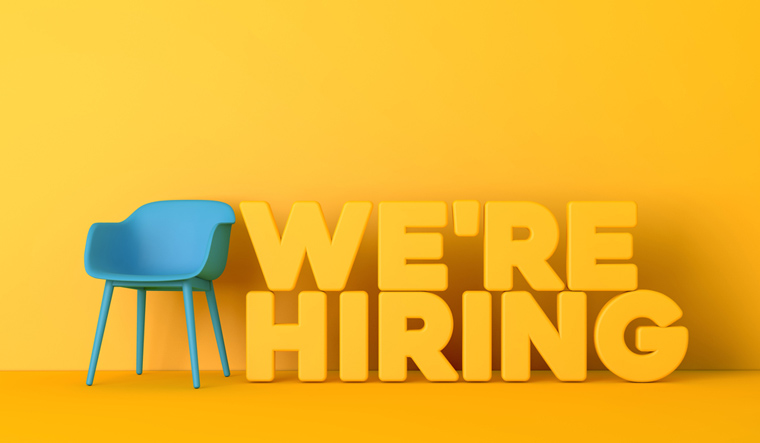 The technology sector is expected to see a slowdown in hiring over the next two quarters and it may take at least six to nine months to see some growth in hiring. However, certain segments in the technology space, especially those related to digitisation and technologies enabling 5G services, will see a growth in hiring. Segments such as banking and finance, and consumer products may see growth in hiring while the travel and hospitality segment will take some more time to see full-fledged hiring activity. These observations were made by Ajit Isaac, founder and non-executive chairman of Quess Corp Limited during an event to announce the renaming of the job platform Monster to foundit.in in Asia Pacific and the Middle East.

He said though there was a slowdown in the growth stage funding of startups, angel funding for new startups has seen healthy growth. “Though there could be some effect of the global recession on the Indian economy, it will not be that severe when compared to other economies such as the UK and Japan. Indian rupee has fallen much lesser verses the dollar when compared to the other currencies which itself signifies the resilience of the Indian economy. Our energy consumption has increased and there have been healthy GST collections which prove we are a strong economy,” Isaac told THE WEEK.

He said moonlighting is there to stay but companies will become much more vigilant about it.

Speaking at the event Mohandas Pai, former CFO of Infosys, said Indian economy is in a good shape, and in 2021 India attracted $85 billion of FDI; this year it is expected to get around $100 billion in FDI. “Our banking system is in great shape. NPAs have come down and bank profitability has gone up. Besides this, the private sector's capital expenditure is going up. By December 2026, India will be a $5 trillion economy (also depending on the rupee dollar rate) and by 2032 it could be a $10 trillion. The growth is being driven mainly by consumption and investment,” said Pai.

Pai pointed out that the economic growth in South India was much more rapid compared to the north though there was an overall decline in birth rates in the country. “Birth rate will decline in India because fertility rate is 2.0 for India. Karnataka is 1.7 (fertility rate) and in fact the whole of the south the fertility rate is 1.7 in comparison to Bihar which is 3 and UP which is 2.4. Population is growing in the north but not in South.”

As part of the new transformation, job portal Monster will now be known as foundit.in Asia Pacific and the Middle East. The platform will be equipped with tech capabilities to offer personalised recommendations, community-led engagement and an intuitive UI that bring in efficiencies in the process of recruitment.

In 2018, Quess Corp had acquired Monster Worldwide’s APAC and the Middle East businesses as a strategic investment to strengthen its HR services portfolio and has been operating in India, Singapore, Malaysia, Philippines, Hong Kong, Vietnam, Thailand, Indonesia, UAE and Saudi Arabia. In 2021 Monster raised Rs 137.5 crore in a funding round led by investors Akash Bhanshali of Volrado Venture Partners and Mohandas Pai of Meridian Investments to fuel its product led offerings and market expansion. Under the new platform, job seekers can look forward to personalised job discovery and enablement solutions.

The customized search results feature of foundit.in will also help candidates receive results and recommendations that are curated to their educational background, employment experience and validated skills. Other features include a community led-mentorship marketplace, skills validation through assessments, mobile-first UI, personalised recommendations, and self-enhancement tools like upskilling courses.