Revenue of multiplexes likely to grow despite challenging environment

Multiplexes continue to feel the heat from OTT platforms 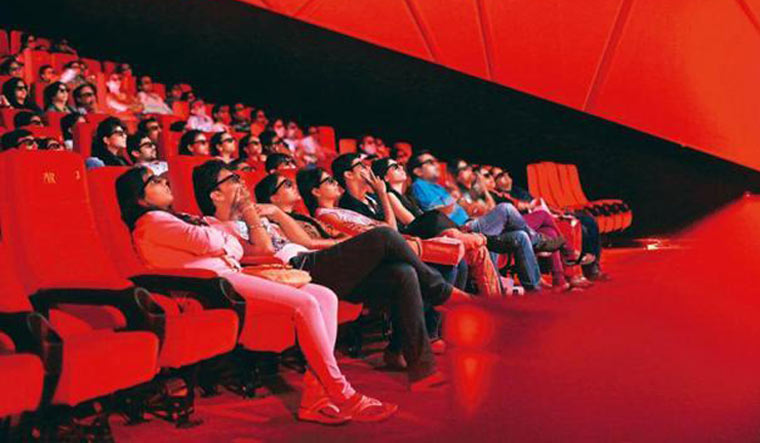 Multiplexes have rebounded well from the pandemic setback | Reuters

Revenue of multiplexes in India is expected to triple on low base and is expected to cross pre-pandemic levels but occupancies are expected to fall short of a full recovery on competition from OTT streaming platforms. Revenues will grow with more people queuing up to watch movies after the pandemic forced hiatus.

As per a report by CRISIL, multiplex revenue is seen rising to an all time high of over Rs 6,000 crore, or 13-15 per cent above the fiscal 2020 level. The sharp recovery in occupancy coupled with a troika of factors—increased average ticket prices, higher spend per head on food and beverages (F&B) and addition of screens—are expected to script their growth story. The report observes that while occupancy was back to pre-pandemic levels in the first quarter, it might drop a bit for the full fiscal as multiplexes continue to feel the heat from over-the-top (OTT) platforms. A full recovery in operating margin is therefore unlikely.

“Multiplexes have rebounded well from the pandemic setback and reported their highest ever quarterly revenue and operating profit in the first quarter this fiscal. Occupancy has returned to the pre-pandemic level of 32 per cent, riding on some big-banner releases. While there has been headwinds in the past two months stemming from social media outrage and boycott calls, the scene may change in the coming months aided by the festive season and a strong content pipeline. That should improve occupancy to 30 per cent this fiscal from 16 per cent in the last,” remarked Naveen Vaidyanathan, Director, CRISIL Ratings.

As per the CRISIL report, higher ticket prices and F&B income would also support revenue growth. The average ticket price is expected to be Rs 240-245, which is 20 percent higher than the pre-pandemic level. Interestingly operators have been steadily hiking prices amid high inflation. Spend per head is expected to be Rs 115-120, up nearly a third from before the pandemic, driven by a mix of price hikes and a wider menu of choices to movie goers. As per CRISIL, lower occupancy impacts profitability of multiplexes because of high fixed costs. Hence, while operating profitability will likely rebound to 16-17 per cent this fiscal after the losses of the past two fiscals, it will fall short of the pre-pandemic level of 18-19 percent.

However in the midst of this, movies that leverage the multiplex experience will be crucial for operators to achieve a full recovery in occupancy and operating margin. The past couple of years have seen OTT gain significant traction, especially after theatres were impacted by the pandemic-induced lockdowns. As per experts from CRISIL, multiplexes should gain from the 8-week exclusivity window given to theatres for new Hindi movie releases with effect from August 1, 2022. Besides, theatres still account for over half of a film’s collections, underscoring the significance of this medium to movie producers and distributors. Multiplex operators are expected to undertake sizeable annual capital expenditure of Rs 600-800 crore over the medium term to bolster their screen portfolio which would be funded largely through internal accruals.

As per another report by Emkay Global that was released in the first week of September, Bollywood box office performance has further deteriorated over the last two months. Poor content performance is largely underscored by deprecatory critics-reviews and social media influencing. We maintain that content quality has superseded star power which is evident in the recently released movies being a let down. On the other hand, regional and Hollywood movies (a slew of releases) continue to do well, partially offsetting the weak Bollywood performance. After a successful Q1FY23, overall box office collections have meaningfully tapered, with mega-budget movies performing poorly in Q2 FY23 owing to weak content. Based on this, Emkay Global has cut their FY 2023 revenue estimates for PVR/Inox by 11-12 per cent, but there are hopes of a trend-reversal in Bollywood content delivery.

As per the Emkay report, while Bollywood has seen a trough in the past, it is witnessing deterioration in movie-collections again this time round. Going ahead too, while the movie pipeline looks healthy, audience acceptance is key. If Bollywood content performance continues to be poor going ahead, it would lead to further earnings cut for multiplexes. As per the Emkay report, Bollywood content has been sub-par, pushing audiences to switch to other languages and mediums of entertainment. Critics reviews and word-of-mouth communication, which play a major role in box-office collections beyond the first week, have been negative-to-mixed for most movies released since the end of the pandemic. Thus, most movies have even struggled to recover the cost. A mega-star cast, which was able to pull audiences to theatres, is now no longer effective as weak content has become the decisive factor. The first weekend net box-office collections for movies with prominent stars are getting restricted to less than Rs 400 million now verses pre-Covid levels of Rs1,100 million on an average.

It is expected that most current and potential (in the next 1-2 quarters) movie releases were conceptualized pre-Covid or during the Covid period. As per the Emkay report, gauging consumer behaviour, consumption habits seem to have changed and content needs to evolve accordingly, to pull them back to theatres. Poor content has been accentuated by social media influencing as well. Additionally, the inflationary scenario has raised the cost of movie-going, which has increased content-quality filtration by patrons.

The Emkay report observes that the regional cinema has been the major driver of box-office collections post Covid. Regional content with positive and strong reviews has also received acceptance from the Hindi-speaking markets. The report also highlights that majority of Bollywood movies released directly on OTT over the last two years have also got mixed-to-negative critics reviews and fairly low YouTube trailer views (vs movies released directly in theatres). This clearly points to the sub-par content and not to consumers being averse to returning to theatres.

The Emkay report further points out that Covid has also been a critical catalyst in increasing acceptance of OTT platforms with in home content consumption. Shorter content windowing also played spoilsport (to some extent) for patrons fully returning to cinemas. Now, when the impact of Covid has receded, sub-par content performance is causing consumers to deviate from cinemas, towards OTT content.