Windfall tax on petroleum products being charged in consultation with industry:FM

'Mostly, fund inflows have not been as expected' 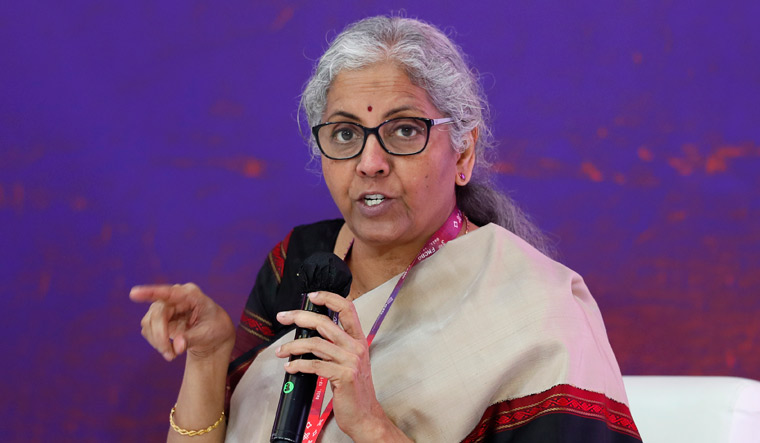 Finance minister Nirmala Sitharaman on Monday said windfall tax on petroleum products, crude is not ad hoc, but being charged in regular consultation with the industry.

Addressing an event organized online, the minister said it is unfair to call windfall tax as ad hoc, because the tax rate and its resetting are done in complete consultations with the industry.

"The very idea was implemented after taking the industry into full confidence," she said at a function organized by Elara Capital.

"When we suggested the idea we had told the industry that the tax rate will be reviewed every 15 days and we have been doing that," Sitharaman said.

On bond inclusion in global index, the minister said many things have changed since the pandemic, especially in terms of inflows.

Mostly, fund inflows have not been as expected, which of course is mostly due to the pandemic, she said, adding "however, I expect a logical conclusion to this sooner."

On whether the government is planning to increase the tax-GDP ratio which is only about 10 now, she said, widening tax base is an issue that needs a lot of consultations and analysis, though the increasing number of income tax filings gives me some clue on the possibility of widening it.

"But we want to ensure that as and when it is done it looks reasonable and tech-driven," she said.

On the next 25 years of reforms and growth, she said by the time India celebrates the first centenary of independence, "we will have to reset lots of things so that we become a developed nation by then. And the biggest tools for such a reset are digitisation, education and building more and more infrastructure so that our hinterland doesn't remain unconnected to the cities."

She also underlined the need for more caution and concerted efforts at sustaining growth as the world is facing lots of newer challenges even as it comes out of the pandemic.