Rakesh Jhunjhunwala's holdings in Titan alone are worth over Rs 11,000 crore 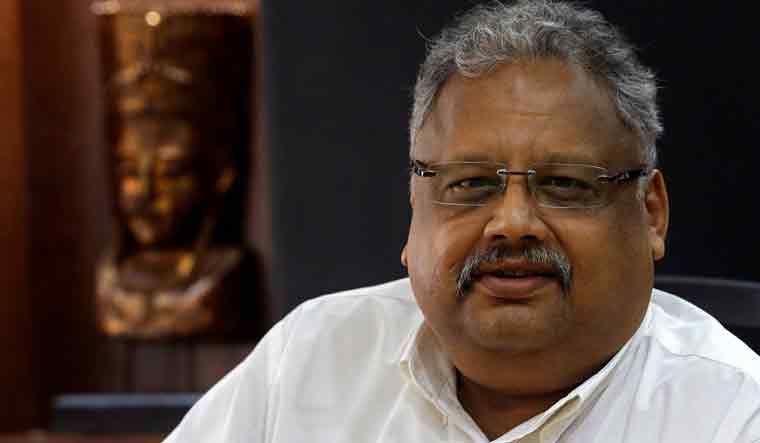 The son of an income tax officer, Jhunjhunwala is survived by his wife Rekha, who is also an investor, and three children.

Jhunjhunwala, a chartered accountant, started trading back in 1985 with an initial capital of just Rs 5,000. He later set up a privately-held stock trading firm RARE Enterprises (the name derived from the initial letters of he and his wife’s name). He built wealth through long-term bets on select companies like Titan and Crisil. He had investments in more than 30 companies, including Tata Motors, Indian Hotels, Rallis India, Federal Bank, Canara Bank, Escorts, Nazara Technologies and Aptech among others.

“There are greater challenges in trading as very few earn in it. However, if one earns in trading, the return on capital is very high. Investment on the other hand is based on informed ignorance which results from incomplete information and a perfect set of data. The power of compounding makes investment more powerful over time,” Jhunjhunwala told THE WEEK in an interview a few years ago.

Many called him India’s Warren Buffet, the famous Wall Street investor, although Jhunjhunwala himself had said that he was nowhere near him. Jhunjhunwala’s ability to identify winning stocks and patience to stay invested over the long-term through major market crashes, be it the dotcom bubble in 2000 or the global financial crisis in 2008 and the COVID pandemic in 2020, has helped his net worth grow to more than $5.8 billion today, according to Forbes.

“His strong belief in India's growth story and his bullishness on Indian markets are a tale of legend. He proved to each and everyone that if one stays invested in quality companies for long then wealth generation is almost assured,” noted B.Gopkumar, MD and CEO of Axis Securities.

The most valuable holding in his portfolio is the Tata Group-owned watch and jewellery maker Titan, where his holdings are worth over Rs 11,000 crore according to Trendlyne. His bets on Star Health and Allied Insurance, and Metro Brands also paid off big time, when they got listed last year.

“Markets are like women, volatile and difficult to understand. Markets cannot be taught, they have to be learnt. One should never be afraid to make mistakes in life as no one is perfect. However, the mistake should be such that one should have the ability and confidence to live to fight another day,” he had said in that interview with THE WEEK.

Known to take contrarian bets, Jhunjhunwala forayed into aviation through Akasa Air this year. Even as the industry was ravaged by the pandemic and several airlines have collapsed over the last couple of decades, amid very high costs and cut-throat competition, he believed that a frugal airline could do very well in India’s under-penetrated aviation market.

“I hope to prove people wrong,” he had said at an event in February.

Jhunjhunwala was a firm believer in India and it will be hard to find an investor as bullish on India’s growth story as him.

“No matter what, the mother of all bull markets was ahead of us, he would say. And he’s always been right,” said Deepak Shenoy founder and CEO of Bengaluru-based wealth management firm Capital Mind. “A trader, investor and legend that inspired many. He played the short and long side, and made his peace with the market. He will be remembered fondly,” he wrote.

Billionaire tycoon Gautam Adani said he was extremely saddened by the passing away of the “most legendary investor” that India has had. “Jhunjhunwala inspired an entire generation to believe in our equity markets with his brilliant views,” he said.

Jhunjhunwala had many admirers in financial markets. Securities lawyer Sandeep Parekh remembers him as a legend “who could speak human.” “His folksy speeches could convince non-believers in the India story,” he wrote on Twitter.

Samir Arora, the founder of portfolio management firm Helios Capital says Jhunjhunwala was a “great guy” with a “big heart.”

“Yaron ka yar,” “Deshbhakt” is how another market veteran Raamdeo Agrawal, the chairman and co-founder of Motilal Oswal Financial Services remembers him. “Man with a sixth sense about stock bargains, terrific sense of humour, always planning the next big party,” he noted.

In what was his last TV interview earlier this week to a TV channel, he said “India is going to enter a golden period and I see India growing at 10 per cent.”

“Rakesh Jhunjhunwala believed in India and the sheer potential of the country. This conviction led him to consistently make bold decisions throughout his life and career. He had tremendous regard for the Tata Group. Mr.Jhunjhunwala’s passing is an irreparable loss,” said N. Chandrasekaran, chairman of Tata Sons.

Akasa Air began flight services on August 7. Sadly, Jhunjhunwala won’t be around to see the airline expand its wings over the next few years.

“We at Akasa cannot thank Mr.Jhunjhunwala enough for being an early believer in us and putting his trust and faith in us to build a world-class airline. Mr.Jhunjhunwala had an invincible spirit, was deeply passionate about everything Indian and cared greatly for the well-being of our employees and customers,” Vinay Dube, founder and CEO at Akasa Air said in his condolences.

He added that Akasa would honour his legacy, values and belief by striving to run a great airline. Jhunjhunwala may be no more, his legacy will continue to inspire millions of investors in the stock markets.