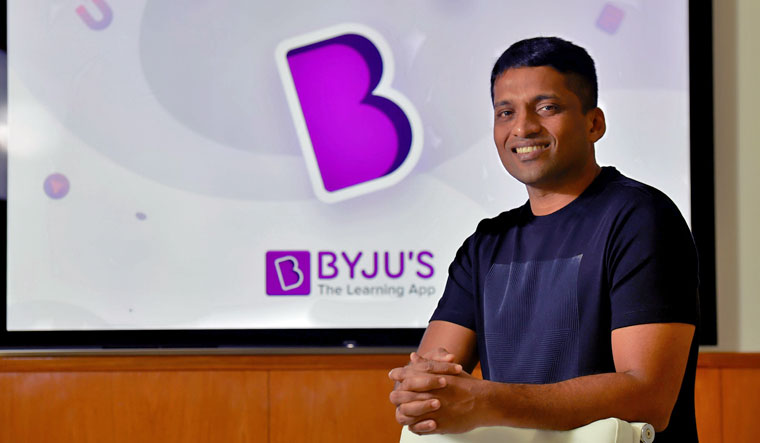 The past couple of months have been very stormy for edtech companies as many of them are on a firing spree in order to optimise their costs. As per latest reports, edtech company Byju's laid off 500 employees across its group companies and said that it was "optimising" its teams across group companies. On the other hand, online coding provider WhiteHat Jr, which Byju's had acquired, laid off around 300 employees, after more than 1,000 of its employees resigned after being asked to return to office in April-May. Edtech player Unacademy had also fired people in early April this year. Many other companies more have followed suit. What is really the reason behind these lay-offs?

"In order to reduce redundancies across our organisation after multiple acquisitions, we had to let go of nearly one per cent (less than 500 people) of our 50,000+ strong workforce. This retrenchment was a result of a strategic decision to improve business efficiencies throughout Byju's and its group companies,” said a spokesperson of Byju's. “Byju's remains a net hirer. With 50,000+ employees and growing, we take immense pride in our role as India’s largest job creator among startups. Byju’s continues to hire across levels for various businesses, departments and functions," he added.

Experts say that tech-enablement in every aspect of human behaviors and business processes is here to stay and grow at a phenomenal pace, and the last two years have been a prelude. "In the process of hyper-growth, some companies have had a bit of unplanned growth and some of them are re-pivoting their business model. Secondly, the investors have started to reviewing their portfolio of investments in the backdrop of inflationary pressures and the post-pandemic developments of social norms," said Aditya Narayan Mishra, the director and CEO of CIEL HR Services.

He says that such situations are resulting in volatility in the edtech sector and customer behaviors are reshaping into a new normal and, as a result, some assumptions of the edtech companies are getting challenged. "New experiments such as offline delivery methods are being tried out. This move by companies reflects the uncertainty and volatility. We believe this is just a temporary blip. This will settle down soon; long-term prospects continue to remain strong,” added Mishra.

There is no doubt that the edtech sector has been one of the biggest beneficiaries of the lockdown era over the last two years, and the edtech companies were able to onboard scores of new customers easily and at very low costs. Abundance of capital had led to overboard hiring patterns and tech spend which will was expected to see rationalisation in the time to come. Also, many companies had grown too big in a short span of time and hence, there have been growth pangs and course correction. It is also expected that the edtech space in India may move towards consolidation and slowly there will be oligopoly and only few big players will remain. As the pandemic recedes, growth will slow down as people will prefer face-to-face coaching and tuitions.

“Customer acquisition at very low cost during this period, coupled with consolidation, resulted in unforeseen growth and a flurry of investments into the sector, which warranted augmentation of resources to manage the scale going into an overdrive. With COVID appearing to recede, edtech companies are witnessing a normalisation of resource requirements which has seen a reduction in workforce, be it employee attrition or off-boarding of retainer resources. This is more a rationalisation owing to changing circumstances and does reflect a declining trend for the sector. Edtech is here to stay and grow manifold, may be at a more rational rate,” Subramanyam Sreenivasaiah, the CEO at Ascent HR, told THE WEEK.

Few experts have been proponent of the omni channel model as they feel that, in the long run, both online and offline will co-exist. They feel that at the end of the day all human beings will find a way to stay connected. “Teaching online can only be an enabler and can never replace physical classes. It is never going to be easy to replace something the world has been used to for centuries. So, the whole ramp up which happened in these VC-led new age companies was partly led by the pandemic and partly by the greed for growth. I do not think overnight recruitment will come back to earlier levels. It will happen gradually. But for now, the industry is badly affected. People will flock back to offline centers for serious learning. Online will continue more for doubt clearance, additional reading material, reinforcement classes etc. But the first choice will continue to be offline. The hard core teachers will come back to offline sector and others will probably need to re-skill themselves,” pointed out Sathya Pramod, CEO, Kayess Square Consulting Private Limited.

A few experts also feel that there is still uncertainty prevailing with regard to economic growth, and the crisis is not over yet. This may be one of the reason for a lot of these edtech companies facing an unpredictable environment. “The current economic crisis is still in a process of unfolding. How deep and wide could the crisis perpetuate, economists have not fathomed it yet. Given the uncertainty, companies that had built overly ambitious business plans are likely to not commit the resources to fructify these plans. Not only tech sector companies will put a hold on new hiring, but there could be rationalisation of manpower to bear through this challenging economic regime,” observed Alok Shende of Mumbai based Ascentius Consulting.